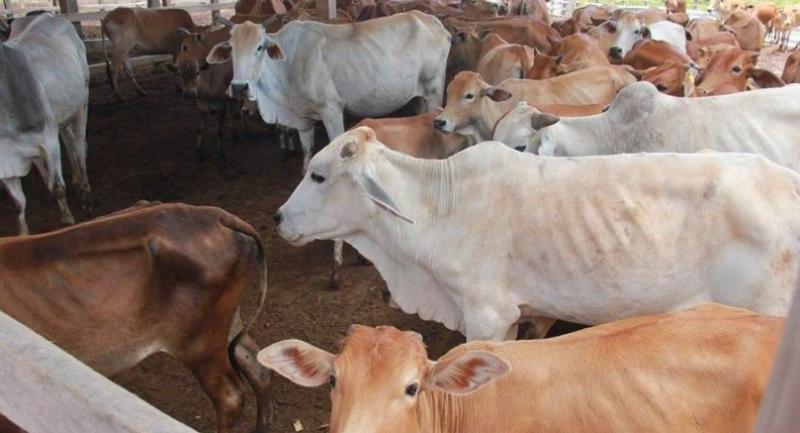 A number of cattle farms have been improving their standards to meet Laos' beef demands.

VIETNAM has asked Laotian authorities to supply up to 400 cattle per day to meet continuing demands for beef in the neighbouring country, but Vientiane has asked for more time.

This follows the two countries signing a contract on cattle exports to Vietnam, a commitment that has not yet been met according to the Vientiane Cattle Breeding and Entrepreneurs Association.

The association plans to import 2,000 cows from Australia to breed in Vientiane, which will help supply both domestic and neighbouring markets.

To implement the project, the association is seeking funds to purchase technological equipment, grass, seeds and the cows, a member of the association’s technical staff, Viengsavanh Southivong, said yesterday.

The association does have the technical skill and staff as well as the land and natural resources needed, he said, adding that it also hopes to cooperate with Thailand in supplying some grass seed, technology, vaccines and sperm.

“With the support from the government and the cooperation of local residents, we are allocating 1,500 hectares of farmland along the That Luang marsh channel to grow the grasses needed for cattle breeding,” Viengsavanh said. The farmland is located in six villages in Vientiane’s Xaysettha district, namely Phonthong, Na Pien, Doung, Kharm-ngoy, Na Xangphay and Haykham.

“As we have learned from the lessons of a foreign business entrepreneur in Xieng Khuang province, we have to prepare every basic factor before importing our cows,” Viengsavanh said.

The cattle currently being raised in Vientiane are still insufficiently supplying the domestic market, with some cattle being brought from other provinces such as Saravan and Attapeu, he said.

Vientiane alone needs more than 500 cattle to supply its slaughterhouses’ daily consumption needs, while local farms have only been able to meet about 10 per cent of the market’s demands.

The association has 27 member cattle farms, which is expected to increase soon, Viengsavanh said.

These members still need more improvements in their farming and technical breeding assistance to expand their businesses in order to compete with neighbouring entrepreneurs. The value of goods exported from Laos to Vietnam exceeded US$568.64 million (more than Bt19.5 billion) last year. Meanwhile, the value of imports from Vietnam to Laos amounted to $432.2 million.

Since 2005, the two countries have accepted tariff reductions of 50 per cent based on reduced import tax and a resulting push for bilateral trade.

The many products currently being exported from Laos to Vietnam include rice cookers, fans, blenders, motorbike parts and beer, along with commodities such as tobacco, coffee, rice, corn and minerals.