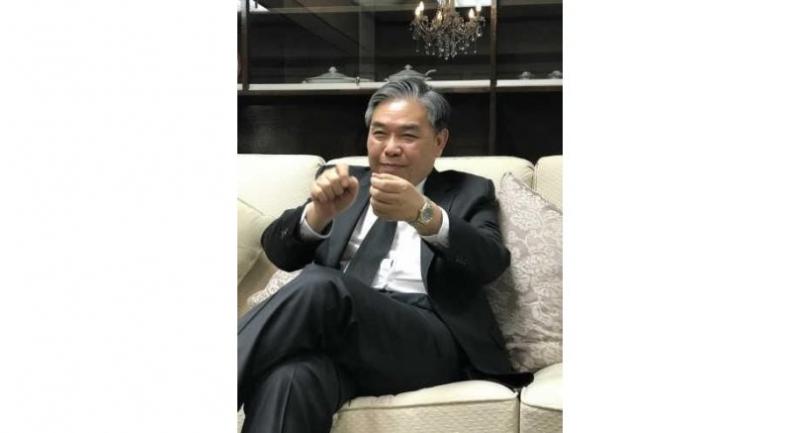 “The country can achieve a balanced budget after eight years,” said Apisak, adding that public and private investment flows into the proposed Eastern Economic Corridor (EEC) would help improve the government’s financial position.

During this period, the annual budget deficit would be kept below 3 per cent of gross domestic product, ensuring that deficit spending was sustainable, the minister said in the interview at the Finance Ministry with NMG, which publishes The Nation. Thailand has run fiscal deficits in most years since the 1997 Asian financial crisis, with increasing attention being paid to the government’s financial position amid its ambitious spending programme aimed at stimulating growth.

He said he was confident that economic growth and returns from infrastructure investment, especially in the EEC, will generate more tax revenues. The government will run a budget deficit of Bt 450 billion for the 2018 fiscal year that starts in October.

A prominent economist shared Apisak’s optimism on the resilience of the economy and fiscal strength of the kingdom.

Thailand has the fiscal space and accommodative monetary policy to boot economic growth, said Khor Hoe Ee, the chief economist at Asean +3 Macroeconomic Research Office, yesterday. The economist noted what he called small risks in the form of a reversal of capital flows, high household debt and persistent non-performing loans at small and medium-sized enterprises.

While noting the prevalence of budget deficits since the 1997 crisis, the country’s fiscal strength is sufficient to boost economic growth and enable government investment in major infrastructure projects.

“The point is, money must be spent wisely,” the economist said.

Thailand's debts have eased sharply since the crisis and the country also has the largest international reserves among its Asean peers and has a current account surplus.

However, there is finance distress in some sectors, such as among households and SMEs, prompting measures by the Bank of Thailand.

Khor Hoe Ee said the BOT could use further monetary expansion to support economy given the low inflation. On the contraction in private investment, he said investors may be waiting for a sustained economic recovery and for any further indication of the timing of a general election.

The economy has done relatively well compared with others in the region, the economist said. GDP is expected to expand by 3.4-3.5 per cent this year. Thailand has not yet reached what is considered its potential growth of 4-5 per cent, Khor Hoe Ee said.

“GDP could grow higher should Thailand further commit to structural reform, such as improvements in productivity and in the education system.," he said. He did not see serious threats looming for the economy.

He is optimistic on the global economic recovery, which should prove sustainable and this would boost Thai exports. On the impact of exchange rate volatility, he said Thailand and others in the region would be resilient in face of stresses. “The Asian region does well in balancing economic growth and exchange rate flexibility,” he said. “The risk of capital outflows from Thailand is small.”

Uncertainty stemming from global pressures - including China’s slowdown, President Donald Trump's protectionist policies in the US and Britain’s exit path from the EU – have been reduced, he said.