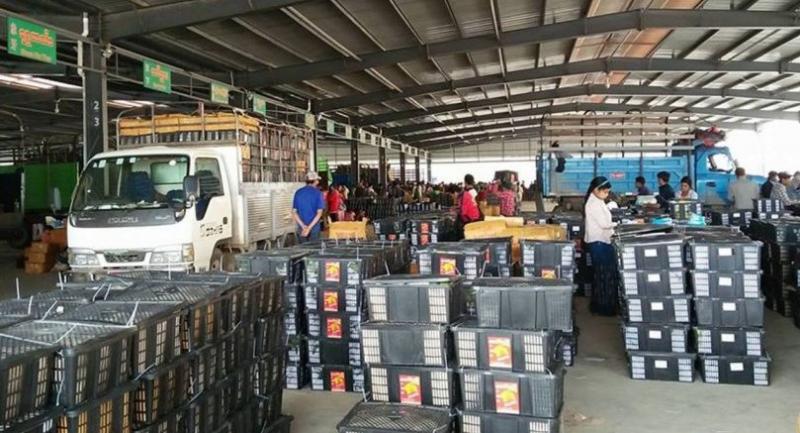 Trade volume between Myanmar and China has reached US$10 billion per year, accounting for 30 per cent of Myanmar’s foreign trade, Ministry of Commerce permanent secretary Toe Aung Myint said on Wednesday.

In the import sector, marine trade reached $2.6 billion, border trade $467 million and the total volume was over $3.1 billion.

Trade volume has hit $5 billion this year, up $730 million from the same period last year, according to the ministry.

“Myanmar’s export volume is expected to triple under the new government,” deputy commerce minister Aung Htoo said. “Illegal trade at the border must become official trade. Value-added agricultural products must be manufactured. Gems must be finished products rather than raw.”

Although the country has natural resources to export, it is not a competitive exporter of natural gas. Low rates could hurt the economy, commerce minister Than Myint said.

“Revenue is a main issue for the country,” he said. “Falling oil prices harm exports. Timber production from the forest is now being reduced. Reforestation will have to be carried out during the reduction of timber production. It can somewhat hurt the country’s economy.”