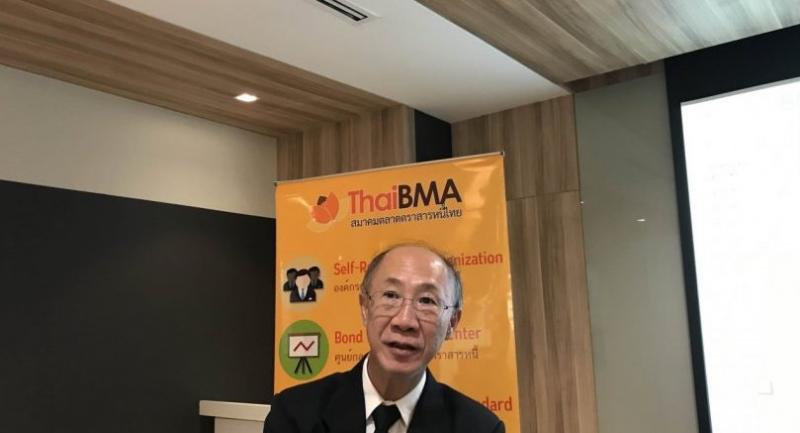 RETAIL investors in Thailand hold too much in debentures, leaving them exposed to default and timing risks, Tada Phutthitada, president of the Thai Bond Market Association (ThaiBMA), warned yesterday.

As of second quarter of this year, individual investors held long-term corporate bonds (with maturities of at least one year) worth Bt 782.7 billion, accounting for 33 per cent of corporate bonds held by all investors, he Tada said. This share is down from 36 per cent last year, but it remains high, he said.

“Retail investors are facing higher default and timing risks since they cannot diversify their holdings enough to counter such risks,” Tada warned.

He advises that they should invest via mutual funds since the fund managers could manage those risks better. In developed markets, an average mutual fund hold about 52 different bonds in its portfolio, with such a spread leaving a default rate of only about 2 per cent, but the probability rate for gains is higher, at 3 per cent.

However, Thai retail investors would also face limits on investing via mutual funds as they are not active in this market. Mutual funds here held only 11 per cent, or Bt274.76 billion, of the long-term corporate bond market, which was valued at Bt2.4 trillion in the second quarter of this year.

Some investors have already suffered debt defaults. As of September 30, five listed firms with a combined default and cross-default worth of Bt14.8 billion had not yet paid off their default debts.

The ThaiBMA expected the US Federal Reserve would increase its policy rate by the end of this year and that such a move could lead to capital outflows from the Thai bond market.

Long-term bonds would face higher risk as bond yields are expected to shift higher than short term-bonds due to demand on the long-term issuance being thin, Tada said.

Tax reform in the US would also affect the Thai bond market. If there are no capital outflows, it could be that inflow would decelerate, Tada said.

In the first nine months of this year, the outstanding value of the Thai bond market – comprising with issuance from foreigners, state enterprises, corporates, the Bank of Thailand and the government – was Bt 11.34 trillion, up 3.13 per cent from the end of last year. Daily trade volume was Bt93.9 billion, up 3.3 per cent from last year. Foreign investors held bonds worth Bt 190.9 billion, with Bt179. 8 billion up for long-term bonds and Bt11.1 billion in short-term debt.

The first half of September saw large net inflows, worth Bt 97.6 billion, but net flows turned to negative Bt13.6 billion from October 1-16. Year-to-date net flows remained positive at Bt17.9 billion, according to the ThaiBMA. As of October 16, bonds held by foreign investors were worth Bt804 billion.

Tada said that money has flooded the market, resulting in lower yields for short-term bonds, of about 1.46 per cent, compared with the Bank of Thailand’s policy rate of 1.5 per cent.

“It is a good opportunity for both public and private sector entities that want to borrow money at lower cost to finance infrastructure or private investment projects,” he said.