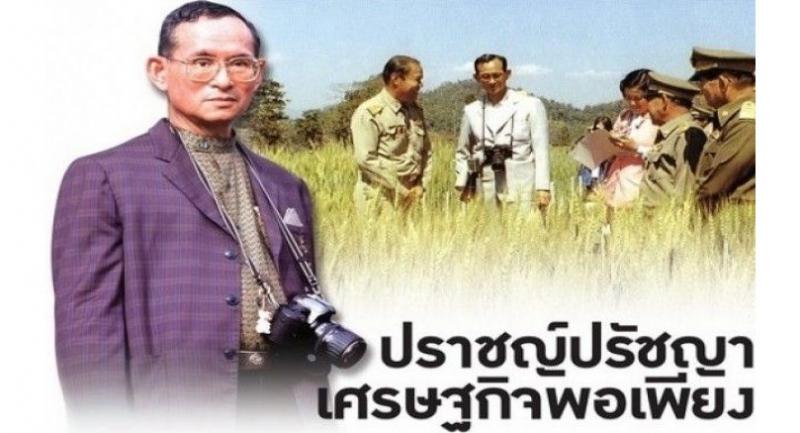 THE COOPERATIVE Promotion Department (CPD) has adopted the late King Bhumibol Adulyadej’s philosophy of “sufficiency economy” as a guideline to strengthen cooperatives and farmers nationwide.

Phichit Wiriyapaha, CPD director-general, said that the department has since 2008 worked toward incorporating the philosophy in their work with cooperatives and groups of farmers, aiming to have them follow and apply to their work and lives.

A contest for the best project results is held among participating cooperatives and farmer groups each year through provincial, regional and national committees.

There are now 80 outstanding cooperatives and groups of farmers with the philosophy of sufficiency economy across the country.

In remembrance of the late King, CPD initiates a project for his new theory for agriculture this year, aiming to promote 70,000 voluntary farmers from 882 districts of Thailand to apply the new theory for their agricultural land.

The project plans to improve these farmers’ quality of living and self dependence with sustainability by reducing expenses, raising income and developing planning capability for themselves, their families and communities. Their proper occupations will be developed to fit existing resources and factors of production..

Next year, the project will receive 70,000 more voluntary farmers.

The parcipatory farmers must have continuous production planning throughout the year. Once there are outputs, these must be consumed in their households first and, later, distributed into their communities.

Phichet said that CPD intended to apply the philosophy of sufficiency economy as the direction and target for development of cooperatives, starting from make them understand that they must run operations without risks and corruption.

“We are concerned over their operations and possible operational risks. From now, we see the cooperatives to manage themselves with the philosophy of sufficiency economy as several closed following their unreasonable illogical operations,” he said.

The cooperatives must have self dependence and self management for survival with the principles of sufficiency economy as the guidelines of their operations, he said

Besides, cooperatives will be able to make improvement with collaboration of all particles extending from co-op operational committees, co-op members and private and public agencies, he said.

While improving management efficiency, cooperatives must help and promote their members’ occupation and living for co-op sustainability, he said.

The cooperatives must understand themselves and their initiatives since first establishment and that is assistance to their members for good quality of living and secured occupations, he said.

The middle-path operation should be adopted with reasons, appropriateness and proper use of academic knowledges for their operations following the philosophy of sufficiency economy initiated by the late King Bhumibol.