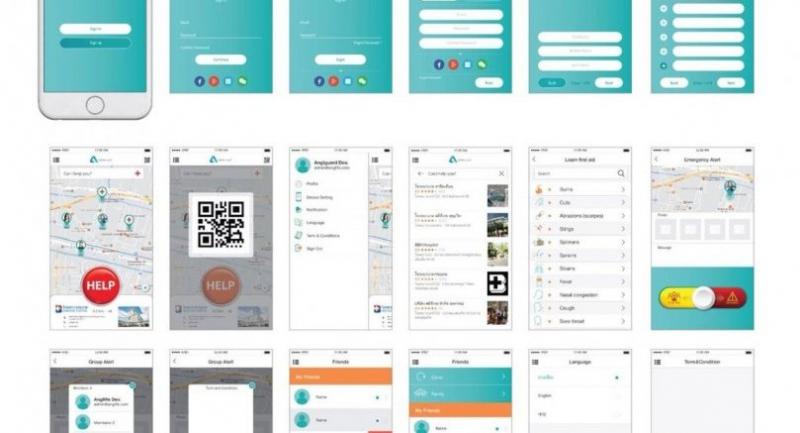 The project consists of health insurance plans starting from Bt50 a day for medical coverage at BDMS hospitals nationwide and an innovative emergency healthcare app “ANGL Guard” to provide a list of nearby hospitals with maps, in-cluding 24-hour emergency service units.

The pilot project will enable tourists from China to access quick and effective medical services. Implementation of the project will kick off with Chinese tourists as the first group of tourists in Thailand.

Initially, “ANGL Guard” will operate in English and Mandarin. After applying for the “Tourism Healthcare Emergency System”, the app will ask the appicant to register, and provide his/her personal details.

Siam Commercial Bank PCL (SCB) will use the net proceeds of US$500 million (Bt1.65 billion), from the issuance of US-dollar denominated senior unsecured notes, to support its general corporate operations at local and overseas branches. The bank said in its statement yesterday that the proposed tenure for the notes are up to 5.5 years with a fixed interest rate of 2.75 per cent per annum, payable every six months. The notes have been issued through SCB’s Cayman Island branch and are rated Baa1 by Moody’s, BBB+ by S&P and BBB+ by Fitch.

The transaction represents the largest issuance by a Thai Bank to date this year, which has been over-subscribed by investors with orders totalling US$1.8 billion. The notes were distributed 97 per cent in Asia and 3 per cent in Europe to high quality fixed income accounts: 53 per cent to banks, 37 per cent to fund managers and asset managers, 9 per cent to agencies and 1 per cent to others.

Mazda has unveiled the all-new CX-5 SUV and hopes the new model will play a vital role in helping the company achieve target sales of 51,000 units and growth of 20 per cent in Thailand this year.

The CX-5 was first introduced here in 2013, and over 18,000 units have been sold, making it one of the most successful Mazda models in the Thai market.

Mazda Sales (Thailand) president Chanchai Trakarnudomsuk said the new CX-5 is expected to become the leader in the SUV market.

“We are confident that Mazda will move up to the top position in the market and become the leader in the SUV segment just like the Mazda2 did in the small passenger car market,” he said at the launch of the CX-5 in Bangkok yesteday.

Chanchai said positive factors have enabled the Thai auto market to pass the 690,000unit mark during the first 10 months of 2017, reflecting a growth of 10 per cent.

“Mazda expects the Thai auto market to reach 840,000 units in 2017, which is higher than many anticipated at the start of the year,” he said.