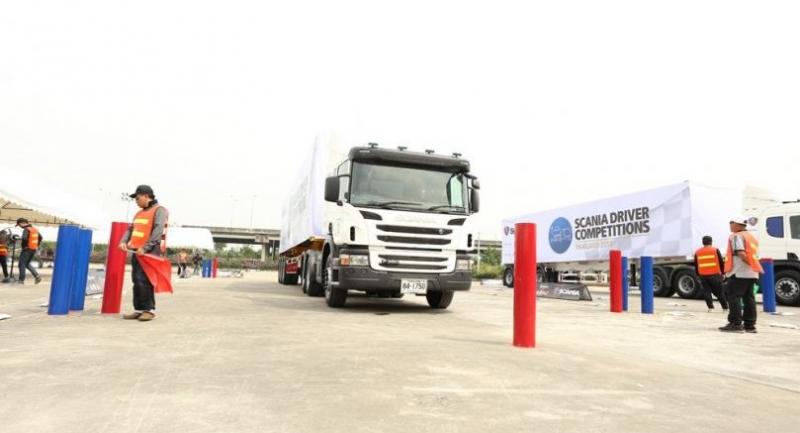 Scania recently celebrated its 30th anniversary in Thailand by staging the “Scania Driver Competitions Thailand 2017” with the aim of bringing about a sustained and significant improvement in both competency and responsibility on the road.

This year’s winner in the truck category was Chatchawan Tongchai (Pongrawe Co Ltd), while in the bus category Narasak Kanjanapun (Rich & Best Travel Co Ltd) was the winner.

Scania said it firmly believes that skilled drivers are the single-most important asset for securing road safety, minimizing the environmental impacts of road transport, and contributing to an efficient transport industry.

Phuriwat Rak-Intr, retail operations director of Scania Siam, said the 2017 event was a chance to celebrate 30 years of the company operating in Thailand and 235 years on the international stage. “What better way to celebrate this, than with the biennial Scania Driver Competitions Thailand, with almost 3,000 drivers participating?”