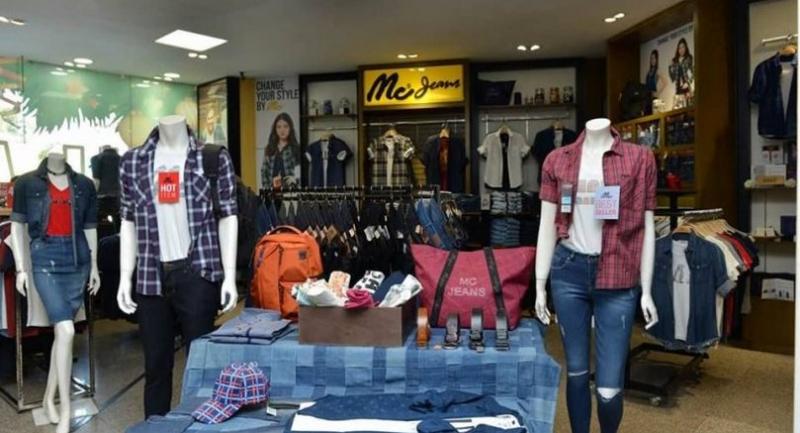 A Mc Jeans outlet in Taw Win Centre in Yangon. Mc Jeans currently has eight points of sales in Myanmar, including in major cities such as Yangon, Mandalay, Taunggyi, and Myitkyina.

CONSUMERS in Myanmar spend an average eight per cent of their shopping budget on apparel and MC Group Public Company Limited is proud to be among the top three jeans brands there.

“We have received good response from people with middle and high incomes,” Jarintorn Vimolkiattisak, MC Group’s head of International sales & marketing, said at a recent press conference in Myanmar.

Presently, there are eight |outlets selling MC Group’s products in Myanmar on top of online platforms.

“We believe spending on apparel will soar by 10 per cent this year, up from Bt3,000 per annum in 2017,” Jarintorn said, pointing out that Myanmar has seen the openings of many shopping malls, the arrivals of foreign brands, and a growing middle-class. MC Group’s chief executive officer Sunee Seripanu said although longyi was still a norm in Myanmar, an increasing number of locals have embraced jeans and modern clothes. “Our products work well with mix & match,” she said.

HBT, which imports and sells MC Group’s products in Myanmar, confirmed Mc jeans had been the hottest items on Myanmar’s online markets. In Myanmar, it is in the premium-brand category.

Sunee said MC Group had positioned itself as an Asian brand and thus its products are catered for Asians.

She believed this was why Mc products had advantages over international brands. “We are the regional brand,” she emphasised.

Jarintorn disclosed that apart from making a presence in several Asean nations, MC Group’s products have now been available in Iran too. “We have already opened two jeans shops in Iran and we will open two more in the first quarter of 2018,” she said.

The positive response from Iranians has raised Mc Group’s hope to tap further into the Middle Eastern nations.

With Muslims generally preferring non-US brands, Sunee believed there was a good chance for Mc Group in the region.

On the overall 2018 business goal, Sunee said she had set a 10 per cent sales growth as the group would enlarge sales spaces by up to 3,000 square metres this year and make the firm’s skincare products available at more outlets.

She expected sales to rebound this year, after experiencing a slide for the first time last year due to |some negative factors in the Thai market.

“Customers are welcome to become our members. We expect to get at least 500,000 members this year,” he said.

He explained that members would receive privileges throughout the year via various promotions including redemption of loyalty points for discounts.

“For example, they may receive after-sales services from any Mc jeans shops,” he said.

According to Bundit, denim products are still the top-sale items of the group as they account for 60 per cent of the conglomerate’s total income.

Non-denim products account for 20 per cent with watches, skincare items and accessories making up the |rest.

Beside Mc jeans, there are several other brands being handled by Mc Group, including Mc Lady, Bison, Mc Mini, The Blue Brothers, Up, Aromatique, Active, and M&C.

“We have been actively responding to changing consumer behaviours. When we notice that people are more cautious about their physical appearances, we develop skincare products for them.

When we notice that consumers have travelled more these days, we introduce travel bags. When people pay more attention to health, we designed active wear for them,” Bundit said.