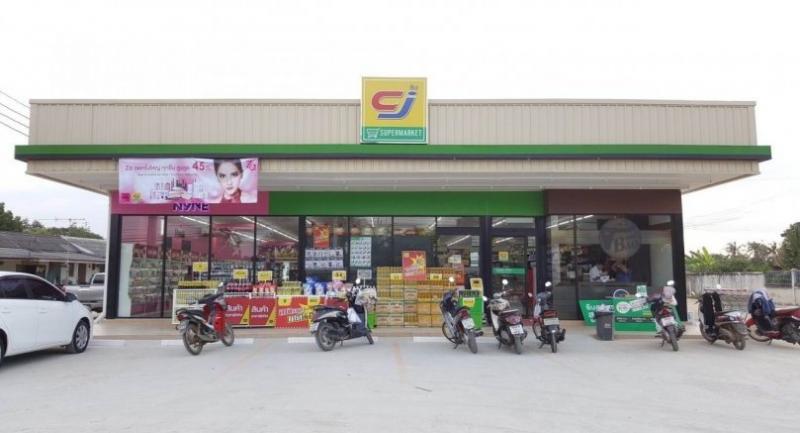 CJ Express Group, operator of CJ Express convenience stores and supermarkets, plans to increase the number of its outlets from currently 280 to 650 by 2020 before listing on the local stock market.

Managing Director Sathien Setthasit said that the company expected its annual sales to increase from Bt8.9 billion with more than Bt200 million in profit last year , to about Bt12 billion this year, and up to Bt20 billion in sales and Bt1 billion in profit by 2020.

“We plan to open 100 new CJ Express stores this year,” he said, adding that each CJ Express store required about Bt10 million of investment, including Bt2 million for merchandises and inventory.

Sathien said to be successful in doing retail business is to create its own strength.

“To win the competition in this intense retail market, we need to have product differentiation,” he said.

Sathien said that major convenience store players 7-Eleven and Family Mart have been positioned as convenience food stores. They are quite similar to Tesco and Mini Big C, which are focusing on selling foods and grocery products.

“At CJ Express, we have opened beauty and gift corners at our stores. This makes our store not sell only foods and groceries, but also beauty and lifestyle products. We also do not open 24 hours a day so that we can slash daily expenses by one-third,” he said.

“Last year, CJ achieved Bt8.9 billion in total sales or at about Bt100,000 per day. We also earned more than Bt200 million in profit. We plan to open 100 new CJ stores this year and expect our total sales to reach Bt12 billion,” said Sathien.

Sathien and his friends own 80 per cent stake in CJ Express Group, which operates 280 CJ Express outlets.

“We plan to have 650 CJ stores by 2020 with total sales at about Bt20 billion annually. Then, we will list CJ Express Group on the stock market,” said Sathien.

He added that the expansion of CJ convenience stores in the next five years will focus on the central region of Thailand.

Sathien said that the company is cooperating with SCG Yamato Express, which will use CJ stores as ‘drop and pick up point’ for its express service. The CJ store in Ratchaburi is used as a pilot store for such cooperation.

Sathien, who is also a co-founder and chairman/CEO of Carabao Group, manufacturer and distributor of Carabao energy drink, and chairman of Tawandang DCM, the group’s logistics arm, said that logistics is the most important factor in doing the business.

“Domestically, we will focus on developing a logistics network, the so called ‘cash van’ system so that our sales team will be able to connect themselves with 220,000 traditional retailers throughout the Kingdom. We plan to increase the number of individual retail stores in our network to about 300,000 by the end of this year,” said Sathien.

Sathien said Tawandang DCM currently has about 300 cash vans and they are supported by a strong back office so that the company will be able to track all sales people where they are and how many stores they have visited to sell the products. This is a fundamental for a good logistics system. He added that the company had invested Bt400 million into the cash van system last year.

“We have developed more than 10 different products under our own brands, both foods and household goods. This follows the trend of department stores in Europe where individual stores that rely on traditional business model are facing sluggish sales,” said Sathien.

He gave the example of Aldi stores in Germany, which has developed many own brands ranging from ordinary to premium products. They also have their own point of sales, which allows the company to reduce costs by doing away with middlemen or intermediate activities.

“This new business model will be able to cater to today consumers, who are not interested in brands, but value for money,” said Sathien, adding that in general, marketing marks up about 30 per cent of the total cost on one particular product. By eliminating such marketing activities, such products will be priced lower.

“We are developing a network of 400,000 retail stores throughout the Kingdom, we will invest and equip them with modern information and back office systems,” he said.

Sathien said that about 80 per cent of online sales is now conducted in Bangkok and the rest 20 per cent in major cities. Those e-commerce players cannot sell their products to shoppers living in rural cities, so they have to burden high logistics cost. This is quite different from China when e-commerce operators are able to deliver products to individual shoppers within a day.

“What we are doing right now to individual retail stores in our network is to provide them management know- how and a modern point of sales system,” said Sathien. “What they have to do is to rent our point of sales system. We will also supply our own brand products to them,” he added.

Sathien said between 10-20 retail shops would be modernized as pilot project.