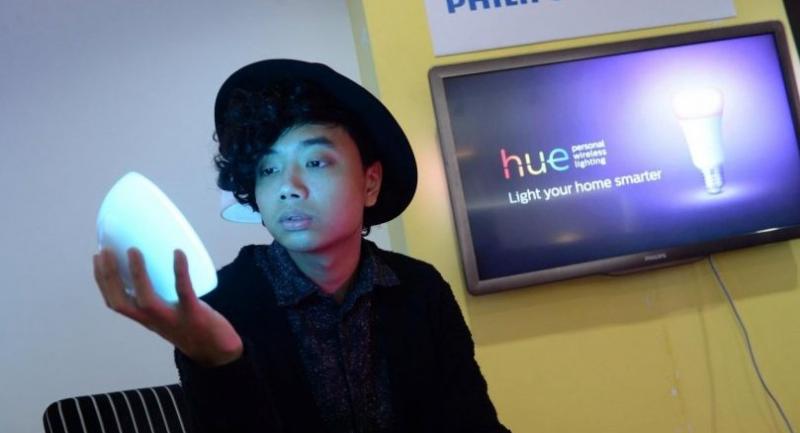 Philips Electronics (Thailand) Ltd has introduced a new home-lighting product called Philips Hue, which it describes as “the latest lighting gadget for the digital generation, offering up to 16 million colour changes” controlled via a mobile-phone app.

The product was launched at an event titled "Play with Light", which featured a short demonstration of Hue’s functions.

Chalermpong Darongsuwan, managing director, Philips Electronics (Thailand), said: “As an expert in lighting with the aim of leveraging the quality of life, we’ve captured the changing behaviour in today’s consumers whose lives had become more dependent on smartphones.

“Therefore, technology that brings together the connectivity between everyday objects, or the Internet of Things (IoT), is becoming more dominant.”

Philips Hue system allows home lighting to be changed into 16 million combinations via a mobile phone app on both IOS and Android systems.

In a media release, the company said customers “can choose to set the colours, the intensity of the light, dimming, and timing functions, as well as setting a ‘scene’ for specific uses”.

All of the functions can be operated on demand through voice control.