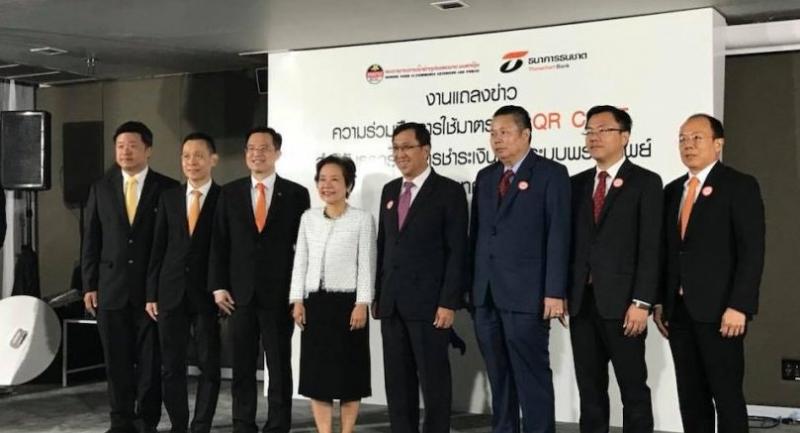 Thanachart Bank has joined forces with BCEL, the largest bank in Laos, to provide a QR Code payment service for Laotians who spend money in Thailand.

The banks announced their strategic partnership on Tuesday at the Bank of Thailand, with the QR Code payment service due to commence in May.

About 1 million Thai vendors have registered for using QR Code, said Bank of Thailand Deputy Governor Ruchukorn Siriyodhin, who witnessed the signing of the collaboration deal between the two banks.

Nanthalath Keopaseuth, deputy managing director of BCEL, said QR Code payment had been gaining in popularity in Laos as the number of registered vendors was rising by 20 per cent a month, and transactions by 10 per cent per month.