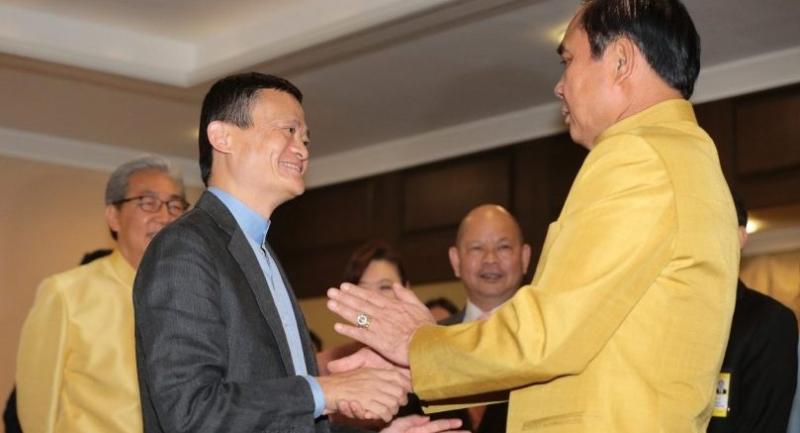 The planned visit has been confirmed by Ma’s team, he added.

Uttama said Ma would use the visit to officially announce his company’s readiness for the Smart Digital Hub CLMVT to be built in the EEC.

Alibaba aims to use Thailand as its logistics centre to support the group’s e-commerce in the region.

The company has asked the Industrial Estate Authority of Thailand to find space to build a warehouse for the distribution centre, and it wants a location close to the nearest airport in the EEC investment area, the minister explained.

Uttama said there were four planned areas of collaboration between Alibaba and Thailand: promoting digital usage for smart small and medium-sized enterprises (SMEs); supporting farmers to become e-commerce operators; promoting the use of technology and digital to help the development of start-ups; and promoting tourism in the Kingdom.

Deputy PM Somkid Jatusripitak said early this month that Ma was due to meet Prime Minister General Prayut Chan-o-cha during his visit to Bangkok in April.

Somkid at that time met with the head of Alibaba’s globalisation leadership group, Angel Zhao Ying, in Thailand as part of an arrangement for continued meetings with the group on its prospective investments in Thailand, after an earlier high-profile visit by its founder.

In October 2016, Ma met with Prayut after attending the “2nd Asia Coordination Dialogue” in Bangkok.