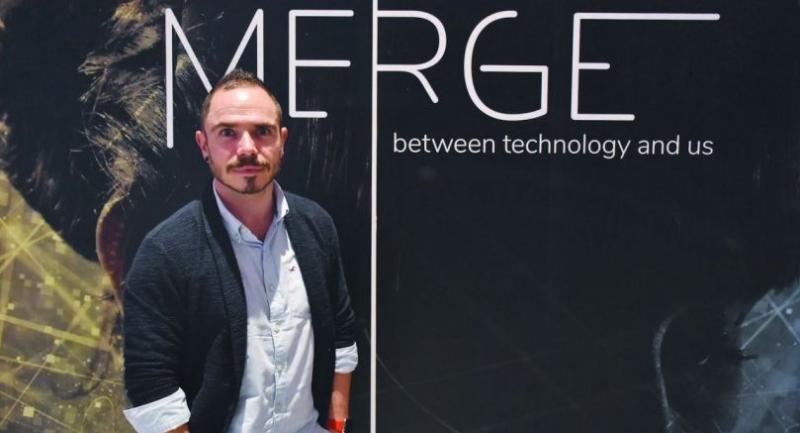 Humanity is in the middle of an amazing journey as the human body and mind is fused to technology – symbolically and increasingly literally – and it has huge implications for the marketing industry, according to Chris Stephenson, head of strategy and planning at PHD Asia Pacific, which is part PHD, the global communications planning and media-buying agency.

Stephenson argues that the relationship of people and technology is evolving from a third stage, the era of information “extraction”, to a fourth stage – of “anticipation”.

Pointing to the healthcare sector as an example, he said the merger of available personal data with advanced technologies such as deep learning Artificial Intelligence (AI) would soon allow medฌicine brands to anticipate when people are getting ill.

That understanding would allow those brands to recommend their remedy before the affected individuals were even aware that they were about to fall ill. But to be able to do this, brands would need to have a strong and well-organised data platform that allowed for technology such as AI to anticipate the future.

During this move to the fourth evolution stage, the brands best positioned to use data to anticipate the needs and desires of consumers would be those who are on the forefront of driving forward the merging human-technology world, said Stephenson.

He was speaking on the sidelines of PHD’s launch of its latest thought-leadership publication and documentary, “Merge – The Closing Gap Between Technology and Us”, at a May 22 event held for its clients and partners in Bangkok.

The publication sets out how technology and human evolution has progressed since the 1950s, and its predictions of how the technological advances over the next 25-35 years will reshape society and the marketing industry.

Drawing on insights and the foresight of experts, including inventors, futurists, and digital executives, the publication outฌlines five stages on the evolutionary road between 1950 and 2050, culminating in technology and humanity fusing togethฌer both symbolically and literally.

Stage 1 (1950–1995), the period of  “surfacing”, was the introduction and early spread of computer screens and the dawn of the Internet, which enabled people to surf information.

Stage 2 (1990–2015) is the era of “organising” – the organisation of information through search engines, browsers, operating system and applications that helps people get what they want.

We are now immersed in stage 3 (2010–2025), according to the book’s analysis. On the one hand, this era represents a maturation of the modernday web. Search engines are smarter than ever, mobile penetration is widespread and connectivity is fast and reliable in many parts of the world. But the addition of dramatic developments in machine learning to this equation has seen an entirely new phase emerge. People are not just organising information, but rather also “extracting” new meaning from it via operating systems, semantic search and cognitive assistants.

Not until the early 2020s would these exciting new ideas have a major impact, the book posits. In stage 4 (2020–2035) or the period of “anticipating”, with the maturation of deep learning AI, technology would begin to understand humans, their context, their routines – and even start to run their lives for them. The AIbased virtual personal assistant would help its owners tackle all kinds of generฌal tasks and anticipate their needs and desires, which in turn would impact how brands go about attracting consumers’ attention.

By stage 5 (2030–2050) or the “elevating” stage, the final phase covered by the book, people have grown so dependent on technologies that the boundaries between the two have completely blurred. “Artificial General Intelligence” would change the way people engage with daytoday reality, and biological breakฌthroughs would grant humans unprecedented control over their bodies and minds. Nanobots would travel through people’s bloodstream. The human expeฌrience would be elevated.

By the time the fifth stage emerged, Stephenson said, the marketing and media agencies would fundamentally act as consultancies, filled with people skilled in working with intelligent machines. The successful media agencies and marketing agencies of that time would be those able to accumulate different sets of data and use it in creative and innovative ways with the support of all technologies.

Due to this fusion of human and technology, the agencies would recruit more technology strategists and data scientists into their organisations to work with the machines that use and analyse the data.

However, this is not a future where machines would completely replace people in the marketing industry, Stephenson said. While the machines exceed the ability of people to handle massive amounts of data, humans would still be needed by the agencies for their problemsolving capacity and creativity.

When asked if data analysis is a new key qualification for those keen to enter the marketing sector, Stephenson replied that the key qualifications for many jobs in the modern world include openmindedness, embracing collaboration, and curiosity. A drive to constantly learn and upgrade qualifications is also required, he said.