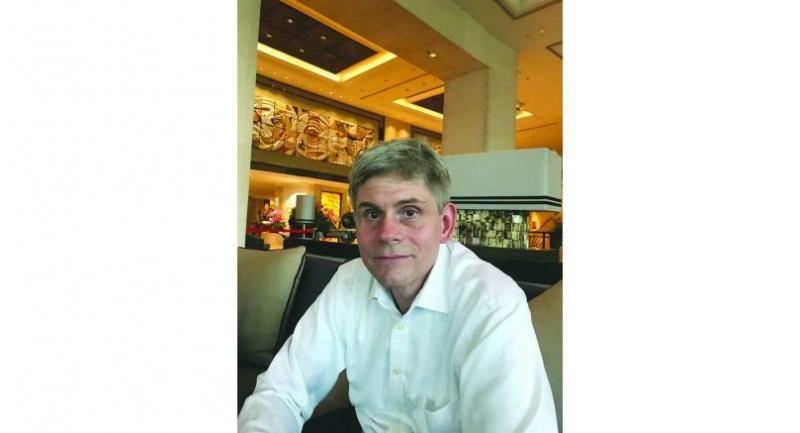 While it has improved efficiency in many areas, integrating them fully into daily operations remains a challenge

Artificial intelligence (AI) is set to revolutionise the Thai banking sector, but many are worried about governance issues amid the challenge of integrating AI into bank operations.

AI is creeping into the lives of people around the world. One way or the other, people are increasingly interacting with AI whether through their smart phones, computers or surveillance cameras.

In the business sector, Thai banks are active in deploying AI into their operations, aiming to woo more customers, earn more profits and improve the management of their businesses.

“We have been working with many Thai banks on our AI machine-learning technology,” said Scott Zoldi, chief analytics officer at FICO, a leading analytic software company based in California.

The company has been doing AI machinelearning as part of fraud solutions since 1992. About 9,000 banks around the world are using the company’s AI-based machine learning model, he told The Nation.

About twothirds of the world’s credit card payment transactions are processed currently via the FICO technology network, according to Zoldi. In the areas of credit card, fraud risk is at the centre of the banking business, he said.

So fraud detection is really important for banks, as they have to make sure none of the transactions are a financial scam or money laundering.

With the help of AI it is possible to reduce potential risks. AI will look for unusual transactions, for example if someone transfers money to a country where he had never done so before. Such a transaction could be a result of an account being hacked.

The bank has an important task to authenticate the identity of bank clients, according to Zoldi.

On the other side, criminals also use AI technology extensively to steal money or hack account owners, he warned. “Criminals have the same weapon as the banks, and they may use them aggressively,” he warned.

A bank can deploy defensive AI to look at flow data pack and can stop data traffic if it finds suspicious transactions.

The AI could also try to spot whether somebody was trying to capture bank data and try to learn from it, he said. A bank’s client may be contacted by AI when it sees an unusual transaction.

But to fully integrate AI into banking, concerned parties face many challenges.

Firstly, a bank may be able to build the AI model but it may find it very hard to apply it for banking operations, he said.

The second challenge is governance. Banks face the challenge of building a model that meets regulator concerns.

Those who develop the AI model have to explain to their supervisor and governance team how it works. It is not an easy task, as technology progresses fast and AI collects big data and interprets it in a way that humans may not understand, said Zoldi. In Thailand, the Bank of Thailand has made it mandatory for banks to apply for the sandbox experiment with the central bank before they take their latest financial technology and services to the general public.

Meanwhile, an informed source in the local banking industry fretted that the central bank’s sandbox blocked his business initiative, delaying his bank from getting off the blocks first. Waiting for the central bank’s approval allowed competitors time to catch up easily, he moaned.

The model would look for good customers and predict who may need more loans.

In case the model shows someone’s financial situation deteriorate, the model will not approve new loans and could alert bank staff to discuss with the customers for better credit risk terms, he explained.

Zoldi said the banks now are trying to deploy more AI or adaptive machines into their credit risk management and customer engagement areas. By deploying AI, one large bank could cut its staff numbers assigned to detect financial fraud from 2,000 to 200, he noted.

Routine jobs at banks would be gone, he said in response to the current situation where many banks worldwide are cutting their work force. Zoldi believed that bank staff and professionals in other fields could work side by side with AI. He said AI would not replace most jobs that needed creativity or customer engagement.

“We will see more and more AIs working with human beings,” Zoldi added.