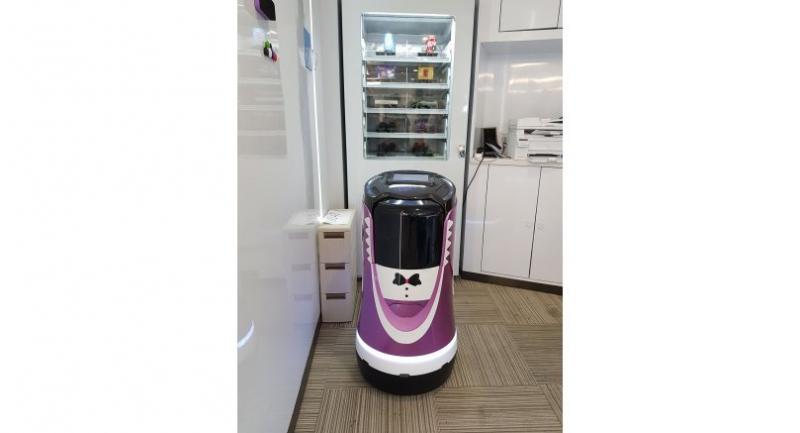 In a world of cutting-edge technology, robots are seen as threats to humans as they can perform with competence many of the activities human beings can.

During a recent visit to Zhongguancun International Innovation Building in Beijing, this writer witnessed how robots developed by Beijing-based service-robot start-up Yunji Technology can replace humans in performing certain tasks.

“Run”, an intelligent commercial service robot, was developed in 2016 to deliver goods to the room of hotel customers, show them the way and provide publicity information. Not surprisingly, it is dubbed the “hotel” robot.

Here’s how it works.

First, customers must place an order using a phone to scan the QR code, then make a mobile payment. After that the robot will move to a refrigerator, pick up the goods or products and deliver them to the customers.

“If the customers lose their way, Run can lead them to their rooms. If customers need towels and water in their rooms, Run could also bring them to the customers,” the company says on its website.
It said that once Run is deployed, the business of “running errands for others” of the housekeeping and front office department can be greatly reduced. This will enable human attendants to save their energy to provide more valuable services to customers so as to improve customer satisfaction.

Moreover, a hotel with robot attendants is absolutely fashionable and stylish with modern consciousness for the guests, it said.

According to data supplied on the website, the average daily Online Travel Agency comments for hotels adopting robots is 27 per cent higher. This is because the service by robots has brought a surprise element for the customers, leading to higher customer satisfaction.

According to data analysis of specific samples, it was found that after using a robot 27 times more customers take photos in the hotel lobbies, it said.

The company said Run had been successfully hired by four international hotel groups and five domestic hotel management groups in China; it provided services at more than 100 hotels and office buildings.

Another highlight from Yunji is “Sail”, an intelligent interactive robot developed for scenarios where large-screen display is required, such as halls and exhibition pavilions.

Established in 2014, Yunji has multiple patents for artificial intelligence in China.

The company is focused on providing intelligent services robot products and services.

At the 6th China (Shanghai) International Technology Fair held in April, Yunji Technology demonstrated how its robot can be widely used to show guests the way to their hotel rooms, deliver infusion bags in the hospital and send documents to different offices in a building.

Zhi Tao, co-founder and CEO of Yunji Technology, was quoted by China Daily as saying that such service robots would eventually become commonplace in households as technology advances and the supply chain matures.

He said eventually such robots could be rented by families for a fee that would be cheaper than hiring a domestic helper.

“In the future, we would like to see such robots become employees rather than being simply a commodity,” he said.