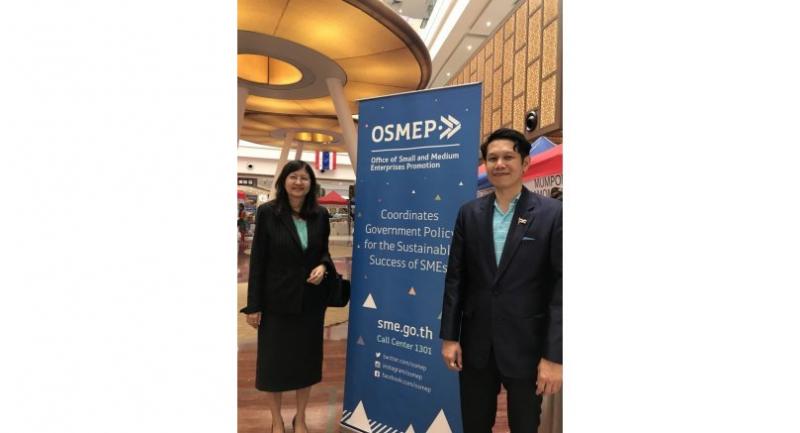 By Wichit Chaitrong
The Nation
Mumbai

Thai small and medium enterprises (SMEs) are aiming to enter the food market in Mumbai where the middle-income segment is growing fast along with the fast-rising Indian economy. But pricing of products is proving the most challenging.

Thailand’s consul-general to Mumbai has been promoting the Thailand 4.0 economy driven by innovation as a key theme to strengthen bilateral relations with India.

The Minister of Industry and Mining Subhash Desai of the western state of Maharashtra is wooing Thais to invest in the food-processing sector in the state capital Mumbai.

In a welcome speech to Thai delegates on Friday, he said Indian farmers produced a lot of farm products such as mango, jackfruit, banana and grapes. He invited Thais to invest in fruit processing in order to create higher value addition for these farm products.He pointed out that Maharashtra state was one of the strongest economies in India and contributed more than 15 per cent to the country’s gross domestic product.

Ekapol Poolpipat, consul-general at the Royal Thai ConsulateGeneral in Mumbai, said the Indian market is huge and there were about 400 million people who could be classified as middle class. He believed that Mumbai was the right place for Thai SMEs to introduce their food products because Mumbai is the centre of commerce, finance and the entertainment industry.

Most of the tourists from India visiting Thailand each year are from Mumbai and many like Thai food, he said. The Thai Consulate-General in Mumbai organised a Thai Festival 2018 featuring Thai food and a Thai Kick Boxing show at the Phoenix Market City Mall in the central part of the megalopolis on Saturday and Sunday.

“We aim to promote Thailand 4.0, Thai food and Thai culture in Mumbai,” he added. Dozens of Thai vendors participated and sold their food products ranging from herbal tea to semi-ready-to-eat products.

Wimonkarn Kosumas, deputy directorgeneral of Thailand’s Office of Small and Medium Enterprises Promotion, said that Thai companies started to enter the Indian market in the past few years and some Thai food products are available in supermarkets in Mumbai. Consumers have a positive perception about the good quality of Thai products, she said.

Chonticha Tumkulu, the managing director of Ocean Five Tradeway Co, who sold herbal tea that could reduce sugar and cholesterol in blood, said she had high hopes of entering the Indian market after her successful foray into Ho Chi Minh City in Vietnam. Kanokwan Thanaputtanakul, who sells herbal tea made of Thai cardamon, said many Indian consumers tasted her prodฌucts but they found the price very high.

Wimonkarn said that Thai vendors should aim at the middle to highend segment. They are unlikely to succeed in the pricing war with local producers, she warned.

Aileen Stela Tuolu, who won the first prize in the Thai cooking competition on Saturday, said she knew about Som Tam – papaya salad – even though she had never visited Thailand. Meanwhile, Mohan Deshpande, a financial controller at Morse Foods Pvt Ltd, said his firm, which produces chocolate products, is looking for advanced and environmentally friendly packaging from Thailand as the firm wants to reduce plastic usage.

The state of Maharashtra plans to reduce plastic use due to environmental concerns, he added.