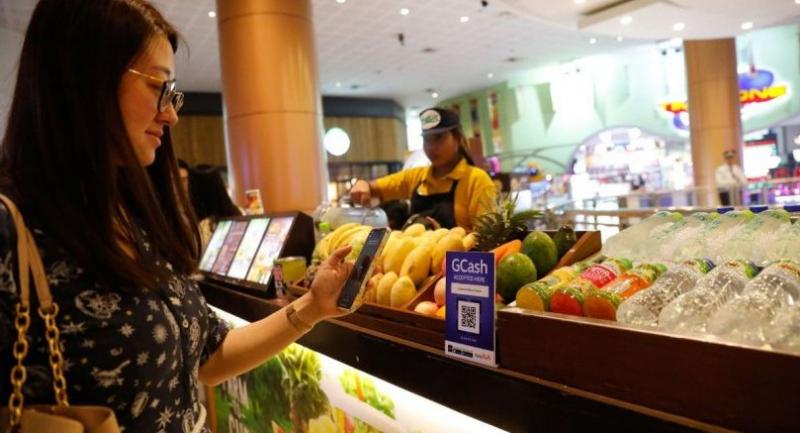 A customer tries electronic payment in a supermarket in Manila, the Philippines. [Photo provided to China Daily]

The cross-border e-commerce trade volume between China and the Association of Southeast Asian Nations countries will increase by 50 percent in 2018, boosted by trade facilitation, according to an expert.

Zhao Ping, director of the international trade research department under the aegis of the Academy of China Council for the Promotion of International Trade, said that there is huge potential in the cross-border e-commerce trade between China and ASEAN.

"Products from China and ASEAN have strong complementarity. ASEAN countries have high demands toward high value-added industrial products from China. Computer, communication and consumer electronics products (3C products) make up the highest ratio of China's exports to ASEAN countries, with the second and third places taken by health and beauty products and fashion accessories.

According to a report by CCPIT Academy, investment in cross-border e-commerce trade between China and ASEAN has been active in recent years. For example, Alibaba Group Holding Ltd took over Lazada Group, one of the biggest e-commerce platforms in ASEAN, achieving absolute control over the company. China's second-largest e-commerce company JD joined hands with Thai company Central Group Co Ltd to set up a joint venture, JD Central, in order to offer e-commerce and fintech services.

Only 24.39 percent of enterprises said development was relatively satisfactory, while 14.63 percent said it was poor. Currently, China is mainly developing cross-border e-commerce in Thailand, Malaysia, Singapore and Indonesia, while the business in the remaining ASEAN countries is in the early stages.

To solve these problems, CCPIT Academy suggested that infrastructure between China and ASEAN covering internet, logistics, e-commerce laws and regulations and the policy environment should be strengthened.

In addition, trade facilitation should be improved and a cooperation mechanism established.