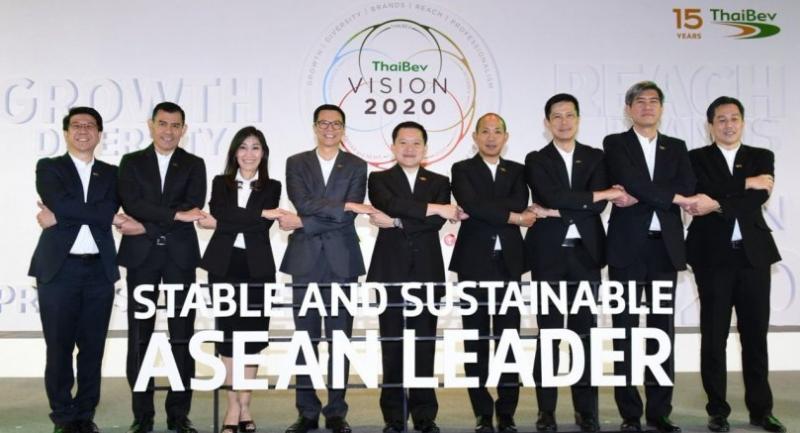 THAI Beverage Plc (ThaiBev), Thailand's biggest beverage producer, yesterday announced a major strategic reshuffle of executives under a revamped management structure that will back the company’s growth ambitions for its beer business in the Asean region.

The restructuring was undertaken in the wake of the company’s acquisitions of breweries in Myanmar and Vietnam.

Fraser and Neave (F&N), a food, beverage and publishing conglomerate in Singapore in which Thai Beverage Public Company (ThaiBev) holds a majority stake, has gained approval from Myanmar's investment commission to return to the country's beer market.

The two partners founded Emerald Brewery Myanmar last December. Myanmar’s Than Lwin Aye Yar Industrial Production & Construction Co, which is said to have close ties to the government, holds 51 per cent of the venture. The rest is owned by F&N Investments, a wholly owned subsidiary of F&N.

ThaiBev had earlier partnered with a local company to buy a US$4.8 billion stake in Vietnam’s largest brewer, a key step for the company controlled by billionaire Charoen Sirivadhanabhakdi as it seeks to |dominate Southeast Asia's beverage market.

Vietnam Beverage, a local unit in which ThaiBev holds a stake, said it had won the bidding for an almost 54 per cent holding in Saigon Beer Alcohol Beverage Corp (Sabeco).

“We (ThaiBev) have invested almost US$5 billion in the two investment deals, both in the Sabeco acquisition in Vietnam, as well as the building of our first brewery in Myanmar, which will cost about US$60 million,” said Thapana Sirivadhanabhakdi, chief executive of ThaiBev. Thapana will also become a new chief beer officer under the new management structure, so that he will be able to directly involve the group's beer business.

He said that ThaiBev's first brewery in Myanmar started production in August and the beer products, which are under the company's existing brands, including Chang Beer, will be launched this month. The plant’s capacity is now at 50 million litres a year and will be expanded to 120 million litres.

“My responsibility for the beer business is to ensure that they will be able to generate organic growth and a good return on investment to the company," said Thapana, adding that his job is also to impose financial discipline and create synergies among the company's operations in Myanmar, Vietnam, and Thailand, as well as its strong foothold operations in Singapore and Malaysia.

“We will change our loans from short-term payments to medium to long-term,” he said.

ThaiBev has about US$6 billion (Bt200 billion) in total debt, with a debt to equity ratio of 1.56. The company posted US$8.8 billion in total sales last year and has a market capitalisation of about US$15.3 billion. Of the total sales, about 60 per cent comes from Thailand, with 36 per cent from Asean and 4 per cent from the rest of the world.

“I myself would like to see a good balance of 50/50 between domestic and international sales in the future," said Thapana, who adds that Asean will become the fourth-largest economy in the world by 2030.

“We (ThaiBev) are currently ranked the fifth- largest company in Asean in term of sales, and the fourth-largest in terms of market capitalisation,” he said.

Edmond Neo Kim Soon, the company's previous chief executive officer for beer business, has become the company's executive vice president and the chief brand investment officer to handle all branding strategies for the company's beverages in Thailand and Asean.

Nongnuch Buranasetkul, senior vice president and chief food business for Thailand, said:  “Since 2008, our food business has tripled in size. Today, we operate 562 branches of Japanese and non-Japanese restaurants.”