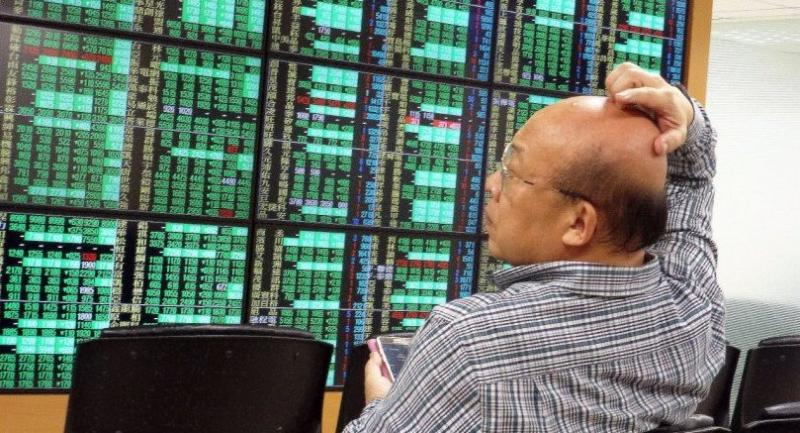 An investor watches a monitor at a stock exchange in Taipei, Taiwan, 11 October 2018. On 11 October, Asian stocks fell across the board over Wall Street slump on 10 October, with Taiwan stocks making the sharpest fall. EPA-EFE/DAVID CHANG

THE STOCK EXCHANGE of Thailand Index plunged 2.26 per cent yesterday, closing at 1,682.89 points, in keeping with trends across Asia following the tumbling of the US stock market on Wednesday night.

However, the Thai bond market has become a safe haven for investors amid equity sell-offs worldwide. Foreign investors this year poured Bt113.4 billion into the bond market, in contrast with the Bt239.3 billion year-to-date outflow from the stock market.

The sharp fall prompted the SET to issue a statement aimed at calming market sentiment.

SET president Pakorn Peetathawatchai said the fall in Thai shares yesterday was triggered by external factors and the slump was comparatively lower than in most markets in the region.

“It is only short-term volatility as Thailand’s economic fundamentals are sound, the performance of listed companies remains good and their financial positions are strong,” he said.

He suggested that investors should consider investing in companies with strong fundamentals and with potential for growth in the future. Investors are advised to closely follow latest developments in the country and overseas, in order to be well prepared for the changing market environment, he added.

Pipat Luengnaruemitchai, assistant managing director at Phatra Securities, said the 3-4 per cent US market fall had sparked the global market flight. Looking ahead, there are a lot of headwinds, as investors are afraid of the impact of the trade war on the global economy, high inflation in the US, jump in US Treasury yields and signs of slow growth in US corporate earnings. AFP reported that Tokyo’s benchmark index closed down nearly 4 per cent yesterday, as US President Donald Trump said the Federal Reserve had “gone crazy” with plans for higher interest rates.

While foreign investors were net sellers of Thai shares worth Bt10.56 billion yesterday, they bought Thai bonds worth Bt4.85 billion on the same day.

“Thai bonds have become a safe haven for investors due to the stronger economic fundamentals when compared with other emerging countries which mostly suffered from capital outflows,” said Tada Phuttitada, president of the Thai Bond Market Association (ThaiBMA).

It is because the market believes the US economy has peaked and would slow down in later years, Tada said.