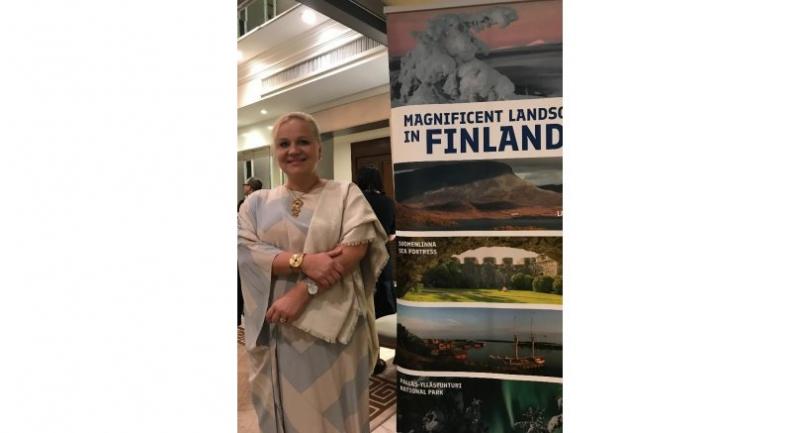 Finland is wooing more Thai tourists as well as business deals and collaboration in education, the country’s ambassador to Thailand, Satu Suikkari-Kleven, said.

The ambassador pointed to the air quality in Finland as something really special. “After a long flight ... it’s amazing how you feel when you inhale pure air,” she said.

Finland is among the largest countries in Europe, but with just 5.5 million people, is the most sparsely populated country in the European Union.

About 75 per cent of its area is covered by forests, and nearly 10 per cent is covered by lakes and rivers. Finland has around 188,000 lakes. The Embassy of Finland in Bangkok issued 2,687 tourist visas from January to September this year and about 125,000 Finns visited Thailand in that period.

Patchaya Teerawatsakul, author of a tour guide book entitled “Finland 101”, said that compared to other European countries such as France, Britain and Germany, Finland offers a unique serenity.

“I love to walk in the forests there,” she said of her experience visiting national parks. “Finns are very nice and humble,” she said.

Finland is also well known for having one of the best education systems in the world. The ambassador foresees more collaboration in this area. Currently, some schools in Bangkok have teacher-training programmes with their Finn counterparts, she said.

Tero Salonen, chief executives officer and founder of “funzi.mobi”, a training company based in Finland, said that he was seeking business deals in Thailand.

“I would like to focus on food-safety training in Thailand. It looks promising. The market is very active,” he said, referring to Thailand’s large food sector.

He provides tele-training service, as his philosophy of doing business is to facilitate mobile learning for everyone. Trainees can be taught via mobile phone or other computer devices.

He said he is currently working with the United Nations to provide training services for people in the Middle East.

There are many people in Iraq and Syria who have subscribed to mobile training, he said. Civil war and political violence in many countries in the region make it hard for people to come to the classrooms. He said he has worked with local partners to provide training courses.

“So, mobile can reach out to the people where they cannot move,” he said. It is not only via smartphones but even US$20 phones can access mobile training as long as they have access to the Internet, he said.

His business model was also suitable for small and medium-sized enterprises that do not have training facilities due to the high cost, he said. So far over 6 million people use “funzi” applications, he said.

“Most of the users, about 3 million, are in the Middle East, followed by Africa, and half the users are women,” he said. The most popular courses are entrepreneurship and job preparation or how to get jobs. It takes about three to four weeks for each training course, he added.