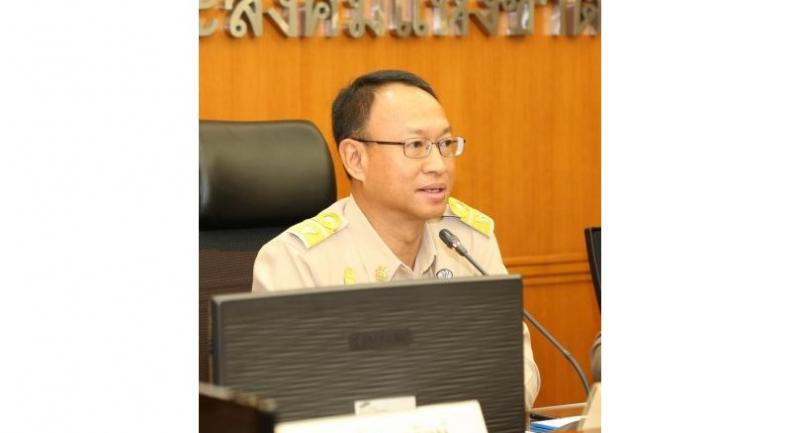 THE THAI economy is feeling the effects of the global trade war, causing a deceleration in growth in the short run, but the National Economic and Social Development Board (NESDB) said it was confident of a turnaround when the dust of the trade tensions settles down.

Economic growth in the third quarter fell to 3.3 per cent, the NESDB announced yesterday and blamed trade tensions between the United States and China as a key factor for the slower growth.

Gross domestic product grew 3.3 per cent year on year in the third quarter this year, compared to 4.6 per cent in the previous quarter. Seasonally adjusted growth quarter on quarter is zero. In the first nine months of the year, the Thai economy grew on average by 4.3 per cent. Exports of goods and services, meanwhile, declined by 0.1 per cent in contrast to a 6.8-per-cent rise in the second quarter.

Merchandised exports in real terms decreased by 0.2 per cent in contrast to a rise of 7.4 per cent in the previous quarter.

Contraction of exports of agricultural products was attributed mainly to lower rubber exports due to China’s high rubber stock levels – China is one of the major rubber importers.

Exports of some products fell due to direct and indirect effects from the trade barriers. One factor that contributed to the decline in exports of integrated circuits to China was the trade war. Exports of washing machines and solar cells also declined due to US safeguard tariffs to protect domestic manufacturers.

Overall export value decreased in some regions such as US, China and Australia whereas markets were found for expansion in Japan, the European Union, Asean and the CLMV (Cambodia, Laos, Myanmar, Vietnam), said the NESDB.

Trade tensions have affected the global economy in the short run similar to what happened in the 1980s – known as “Plaza Accord” – when the US forced Japan to increase the value of the yen, leading Japanese firms to move their production facilities to Thailand and Asean.

In the long run, Thailand is likely to benefit when the trade war eases and companies adapt to the new trade rules. According to one survey of foreign companies in China, 50 per cent of them were thinking of relocating their production facilities out of China. Among them, 35 per cent want to move to Asean countries and another 15 per cent to Mexico, India and Bangladesh.

“Vietnam has already benefited from the trade tension, as US importers are importing more household goods from Vietnam to avoid the high tariff rate on Chinese products,” said Wichayayuth Boonchit, NESDB deputy secretary-general.

Slower growth in the third quarter was not so bad, partly because of the high base last year, he said.

Domestic demand would continue to play an import role next year, according to the NESDB.

Export of goods in dollar terms would expand 4.6 per cent, decelerating from an estimated 7.2 per cent.

Current account surplus-to-GDP is estimated to be 5.8 per cent in 2019, slowing down from 6.4 per cent this year.

Inflation measured by consumer price index would remain low at about 0.7-1.7 per cent, compared to an estimated 1.1 per cent this year.

Separately, Don Nakornthab, senior director for economic and policy department at the Bank of Thailand, was optimistic of growth in the fourth quarter of this year, saying the growth rate would be higher than in the third quarter, but admitted that there were a lot of uncertainties ahead.