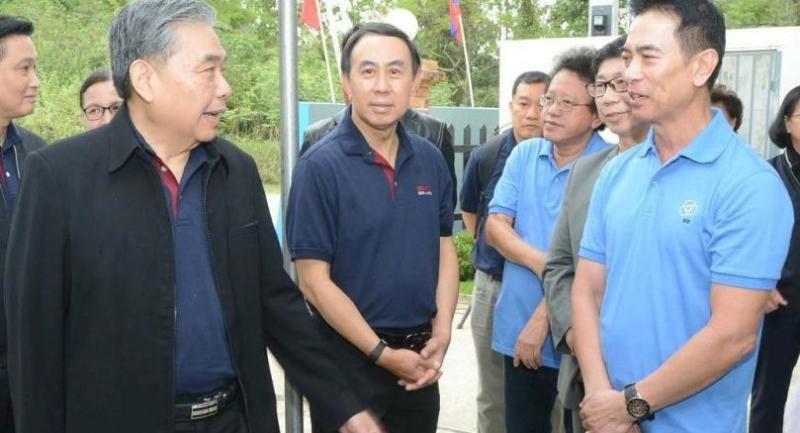 THE TAP-WATER business in Laos’ top tourist destination Luang Prabang has enormous potential for growth due to the rapid expansion of tourism, a high-speed rail project in the works and high demand for water utilities across the country, according to Exim Bank and Thai investors in Laos.

Tap water supplies have gone up rapidly in recent years in lock-step with growing demand of 10-15 per cent yearly in Luang Prabang. This compares with 3 per cent annual growth in large Thai cities, says Pira Intaratood, managing director of Asia Infrastructure Management (Thailand) Ltd. AIM has won concession from the local government to supply tap water to the city.

AIM has joined with Water Solution Co to set up Asia Nampapa Luangprabang Co (ALP) to operate a water facility, and has sold tap water to the Laos authority since December 2013. It has a 30-year concession contract from the local government.

Thoresen Thai Agencies Pcl (TTA) acquired 80.5 per cent of the AIM shares last year as it injected fresh funding to expand investment in Laos. TTA’s share price was quoted at Bt6.05 yesterday morning, down by 0.82 per cent. Luang Prabang is the most popular tourist destination in Laos and the ancient city, a Unesco World Heritage Site, has expanded rapidly due to the visitor boom. The construction of a high-speed rail linking southern China to Vientiane has also led to fast-growing residential units, hotels and related activities.

The ALP water plant now supplies about 15,000 cubic metres daily and could expand its water production capacity to 50,000 cubic metres per day, said Pira. He expected the company would soon expand its production to meet rising demand. Once the high-speed rail service commences in the next two years, the station will need more water supply, he said. The company also plans to invest in a new facility around Luang Prabang and in a major city such as Champasak, a province in southern Laos, he added.

He said it was difficult to get a long-term contract from Laos authorities. Once his company has proved that its business would benefit consumers, new projects would be much easier to start, he said. “Our long-term contract for supplying tap water to commercial areas and residents has become a new model for the local governments in Laos,” said Pira.

“Initially, financing is an obstacle for small-scale Thai investors. When I started the project, every bank in Thailand and Laos rejected our proposal, only Export-Import Bank of Thailand agreed to lend then,” he said.

Pisit Serewiwattana, the president of Exim Bank, said the bank would continue to support the company’s future projects. The company has met its loan repayment commitments over the past five years, he said.

Exim Bank opened its representative office in Vientiane last week and plans to open more in Phnom Penh early next year. Exim Bank has long been engaging in lending to support Thailand’s investments in Laos and exports to Laos. “The bank has so far approved financial facilities for investment projects in Laos worth more than Bt30 billion in total,” said Pisit.

Meanwhile, Finance Minister Apisak Tantivorawong said the ministry would allow its Lao counterparts to raise funds in Thailand by issuing baht-dominated bonds due to large liquidity in the Thai market and promising investment opportunities in Laos. Eight baht-denominated bonds worth Bt45.7 billion in total have been issued by the Laos government between 2013 and 2018.