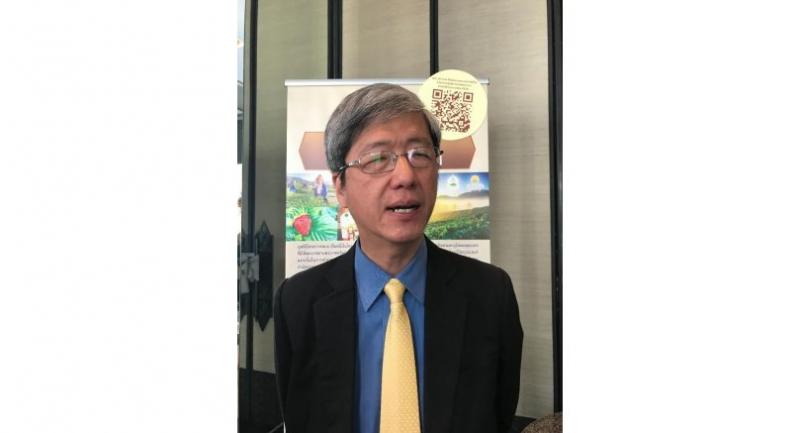 This is the fist time that economists have studied whether the late King’s advice leads to improving the standard of living of those who put it into practice. The concept has been discussed for decades, but Somchai created the so-called “Sustainability Community Indicators” to find and measure supporting evidence.

Somchai said he tried to reduce bias as he designed questions to ask 70,000 families across the country. “If people know they are being asked about King Rama IX’s sufficiency economy, they might only say good things because they loved and respected him,” he explained.

So, he decided not to use the words “sufficiency” or “moderation” in the questions presented to respondents.

The study learned that people in the Northeast have adopted sustainability practices to a considerable extent in their lives, getting the highest score at 65, followed by those in the North with scores of 64.5 and people living outside municipal areas at 62.4.

The study also looked at changes in people’s behaviour and the outcome in terms of economic and social gains.

The relationship between implementation and results, however, was not so straightforward. For example, those in the Northeast got only 61.8 in the SCI-OC scores, while those in the North reach 62.8, and Bangkokians got the highest score at 68.6. Somchai says that many factors are involved in the outcome indicators, including the development of better infrastructure in Bangkok, which has led to a better living standard.

“Overall, the implementation of sufficiency economy has resulted in improvements in many dimensions of development,” he concluded.

The study found that those who had changed their behaviour in line with the philosophy experienced an increase in income and assets, better living conditions, employment, better education, better health, a reduction in poverty and increased happiness.

He said that the National Economic and Social Development Board can use his study to advise the government about development projects for specific locations.

“The SCI can also be used to show the rest of the world that the sufficiency model does work, and it’s not just a matter of faith,” Somchai said.

However, he does not expect the SCI to become a mainstream gauge of sustainable development, though he hopes it will be embraced as an alternative measure, similar to the Gross National Happiness index adopted by Bhutan.

The sufficiency economy is in line with the “means of implementation and financing for development” approach under the United Nations’ Sustainable Development Goals, he noted.