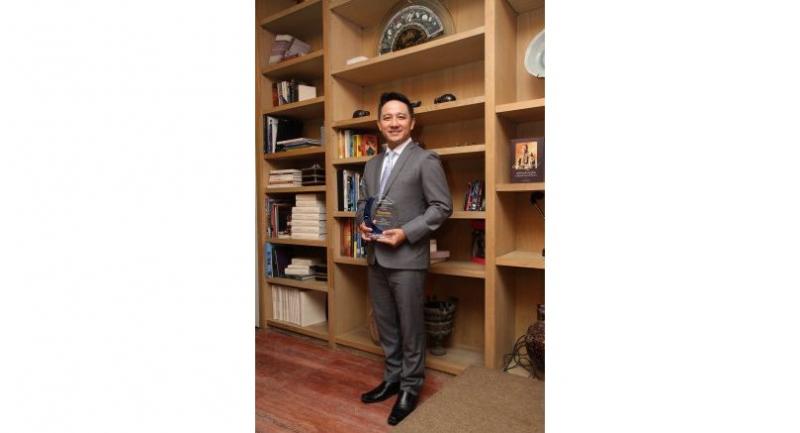 Toyota’s HR unit provides the springboard for Praphan Janwatthanaphong’s rise to vice president in the Thai operation, gaining experience across the board

Toyota Motor Thailand (TMT) is the largest automobile company in the country, each year capable of churning out more than 600,000 vehicles from its three domestic assembly plants.

This year the company aims to become the No 1 automaker in Thailand in both the passenger car and commercial vehicle markets with combined sales of 315,000 units, an increase of over 31 per cent compared with 2017. In addition, exports of various models from its Thai plants are expected to reach 300,000 units.

According to Toyota, combined production capacity at the Samrong, Gateway and Ban Pho plants is 760,000 units per year. Thailand is one of the global manufacturing hubs for the Japanese auto giant, specialising in 1-tonne pickup trucks.

Apart from having the largest sales network (155 dealers with over 470 showrooms), Toyota also has the largest number of employees among auto companies in Thailand - 14,900 at the last count this year.

“We’re the largest auto company in the country and we also have the largest number of employees,” says Praphan Janwatthanaphong, vice president for human resources and administration sub-division at TMT.

After graduating from Chiang Mai University with a degree in political science, Praphan, a Sukhothai native, joined TMT in 1991 and worked in various human resources departments until 2011, when he took a detour to become director for the public relations department for three years.

“I did pretty much everything in HR, whether it’s employment, labour management, compensation, etc,” he says.

Praphan says that the human resources department is considered the “middleman” of the company. “We get pressure from both the management and the lower employees and we must make sure that we don’t take sides,” he said.

During his PR years Praphan pretty much impressed the local automotive media with his positive and down-to-earth character, something that he had always carried with him.

“In work I always aim to be logical no matter who I am working with. For example if the workers’ union wants a salary or bonus increase, we must sit down together and look at the data, look at the facts,” he says.

“But at other times, I am a friendly guy who likes to communicate with others. It’s actually a strong point because by talking with others we become friendly and understand them better. For example, I am also close to my staff and that allows me to fully know what’s going on.”

In 2016 the Praphan was rotated back as director of the human resources department (Toyota rotates director and manager positions every several years), before making the headlines earlier this year by being promoted to vice president of TMT.

While taking care of almost 15,000 people is an important responsibility, Praphan doesn’t appear like he’s easily stressed out.

Praphan’s job covers not only human resources including labour management, optimising productivity, quality and flexibility, but also corporate affairs such as profit sustainability - something that comes close to a general manager.

In Thailand Toyota has established itself as one of the leading companies that locals perceive as favourable, offering a high level of security and pride. During the past years, it has won several “Top Company Awards” for the most attractive companies to work in.

At TMT, the retirement age is 58, but could be extended to 60, which means that Praphan still has many years to go.

At 50 years of age, Praphan is the youngest vice president ever at TMT, and many hope that the charismatic Thai executive could be the first local to have a crack at the company presidency, finally breaking a long tradition of a Japanese-led hierarchy.

But no matter what position he retires in, Praphan says that the important thing is that Toyota has taught him so much, from the day he walked into the recruitment office in 1991.

“I have learned so many important things (such as the Toyota Business Practice) after joining Toyota and that has made me much more capable person,” he says. “Employees love Toyota because the company takes care of them and their families from the day they join until the day they retire, and beyond that.”

“Not many companies in Thailand can do this,” he emphasized. “While many companies say that employees are their greatest asset, few are able to take care of their employees as well as Toyota. Our welfare, salary and bonuses are among the highest in the country.”