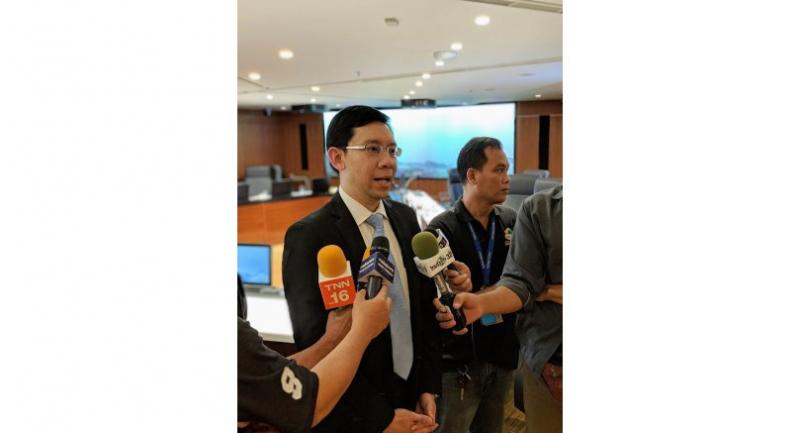 Phacharaphot Nuntramas, senior vice president of the Global Business Development and Strategy Group under Krungthai Bank, warns that political instability may have a harmful impact on the Thai economy.

THAILAND’S economic growth in 2019 will hinge on the upcoming election, according to a Krungthai Bank expert.

The key growth engine for 2019 will be investments from both the public and private sectors.

Exports and tourism, the growth drivers in 2018, have withered under the weight of global uncertainties, said Phacharaphot Nuntramas, senior vice president of the Global Business Development and Strategy Group under Krungthai Bank.

Private investment in 2019 is expected to grow by 5.5 per cent, while public investment is predicted at 7.2 per cent, he told reporters at a press conference yesterday.

“However, the level of investment in 2019 will depend on the election process as well as the post-election stability,” he explained. “Investors are holding off their investments to see whether the political situation in Thailand will be stable after the election.”

“This has led us to expect GDP growth in the first two quarters of this year to be under 4 per cent, with growth picking up in the last two quarters,” he said.

Date up in the air

Usually, investors will wait for different parties to unveil their economic policies in the lead-up to the election, according to Phacharaphot.

However, with the date of the election still up in the air, there is a level of uncertainty, which may threaten the Kingdom’s growth prospects, he said.

“As investment will be the key growth driver in 2019, and the election is a key determinant of investment trends, the level of political stability leading up to and after the election will have a significant impact on the Thai economy,” he said. However, if the current government’s infrastructure investment plans are continued throughout the year, public investment will still drive Thailand’s economic growth, Phacharaphot said.

For example, the infrastructure development plan in the Eastern Economic Corridor through Public Private Partnership projects has attracted up to Bt650 billion in total investment, with 32 per cent coming from the private sector and 68 per cent from the public sector.

“The development of the EEC will be beneficial to Thailand’s economic growth in 2019, as the bidding processes for various projects have already been completed and capital is expected to flow into the region in 2019,” he said.

Meanwhile, the research team has predicted that the Bank of Thailand is likely to hike the interest rate only once in the first half of 2019, by 0.25 percentage point – from 1.75 per cent to 2 per cent.

This modest increase is not expected to have a drastic impact on consumer spending.