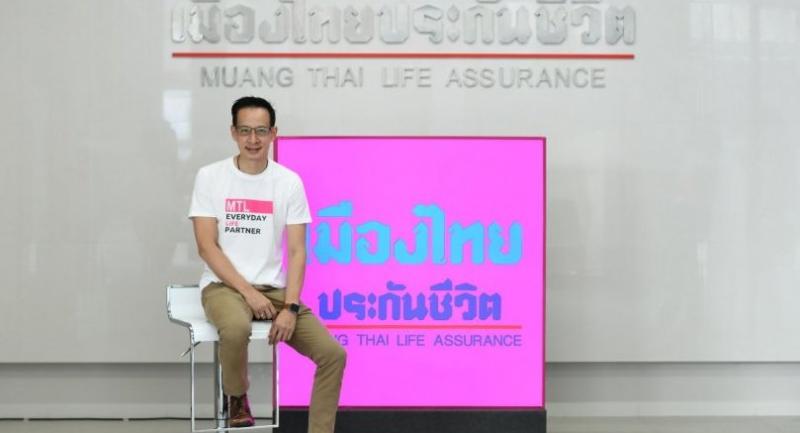 MUANG Thai Life Assurance Plc (MTL) has unveiled a new business model for this year, aiming to become a digital and health tech assurance company to meet the changing demands of insurers in all generations.

The company will expand its investment in startups in the region for the creation of new platforms.

"We invested more than Bt200 million last year in five startups, both in Thailand and abroad. We will increase the budget for startup investments this year in pursuit of our goal of being a health and assurance tech business ,” said Sara Lamsam, the company's president and chief executive officer, at press conference last week.

Thailand-based Health at Home, an application for finding carers of the elderly, was among the five startups the company invested in last year. Others were Singapore-based C88, a credit scoring firm that operates in Indonesia and the Philippines; Singapore based CXT, a management flex benefit platform in Hong Kong and Singapore, as well as two foreign startups whose identities the company would not disclose, according to the company’s head of Fuchsia Innovation Centre, Ruthai Suttikulpanich.

"The company is studying up to six startup platforms. It will expand the investment budget from last year's but we would not disclose details of our plan at the moment,” she said.

"We are looking for innovative products and platforms in support of our new business model while hoping to gain more long-term benefits from our investments," Sara said.

Meanwhile, the company continues to enlarge its footprint in the overseas markets. Following its business expansion in Laos, Cambodia, and Vietnam in the past three years, it has set up a joint venture company with a local partner in Myanmar with the operation licence expected to be issued this year.

“We see a lot of opportunities for expansion overseas, especially in Asean countries with a population of over 300 million. This market has high potential for our business in the long term,” he said.

In the domestic market, the company will keep its focus on offering new products for individual needs and health insurance to drive growth. The company expects a 26 per cent rise in new premium this year from 2018 .

Up to Bt22.77 billion of the total in 2018 came from new premium while renewals accounted for Bt71.69 billion.

Despite the drop in total premium last year, the company recorded a rise in net profit from Bt8.6 billion in 2017. It declined to disclose the figure at the press conference.

Sara attributed the rise in net profit last year to lower management cost and an increase in revenue from its investment portfolio to Bt18 billion.

Following AIA, MTL is the second-largest life assurance company in Thailand with a 17 per cent share of the total market value last year.