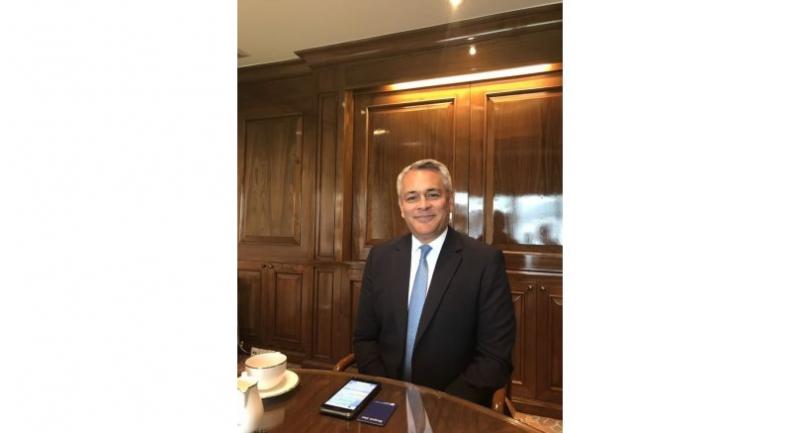 Credit Suisse, a leading financial services company, is positive on Chinese and Singapore stocks while a local analyst is bullish about Thai equities.

The Thai general election is expected to have a moderate impact on investment sentiment, said John Woods, chief investment officer at Asia Pacific of Credit Suisse.

In terms of valuation, Thai shares are relatively expensive, compared with its peers in the region, with pricetoearnings ratio (P/E ratio) at about 15 times while the P/E ratio of some companies in China are in single digits, he said.

He said China’s macro momentum is to stabilise its economy in the coming months, partially through further monetary and fiscal policy easing, leading to a positive view on its equities.

He said Chinese equities could deliver double-digit earnings growth in 2019. Its valuation remains attractive with the MSCI China Index trading at a 12-month forward P/E of 10.5 times, he said.

However, Woods is less optimistic overall on Asian equities.

“After a brutal 2018, Asian equity markets have begun the New Year on a positive note with a dovish Federal Reserve easing its rate policy and progress in the US-China trade dispute supporting riskon behaviour,” he said.

In addition, in the wake of the 2018 selloff, Asian equities are trading about one standard deviation below historical average. The positioning of foreign investors also seems underweight after last year’s $35billion outflow from Asia exChina. This combination of valuation and positioning could lead to a relief rally if the US dollar remains stable and trade tensions ease, said Woods.

“However, we acknowledge that low consensus earnings growth of 7.5 per cent for 2019 constrains our constructive outlook,” he said.

Among Southeast Asian markets, Singapore bourse is still preferred as it offers a combination of healthy growth and cheap valuation, he said. Though its economy will be impacted by a global slowdown, Woods believes the market has more than priced in the risks, with its 12month forward P/E ratio at 12 times, one standard deviation below historical average, and high dividend yield of 4.6 per cent.

Stable earnings revisions over the past few months also suggest limited downside for market expectation of a 7 per cent earnings growth for 2019, said Woods.

In a separate interview, Prinn Panitchpakdi, managing director of CLSA Securities, did not agree with Woods’s view on Thai equities, saying he was bullish on Thai shares.

A clear election timeline, combined with a dovish Fed, could help raise the Stock Exchange of Thailand Index to 1,850 points by the end of this year, he said.

Investors are riskon as they have sold bonds and moved into the stock market, he noted. Thai shares are not expensive when compared with shares in other markets in the region, argued Prinn.

This year, however, they have made a net purchase of Bt7.4 billion with the SET Index having risen 4.98 per cent year-to-date. It closed at 1,651.4 on Friday, gaining 0.59 per cent from Thursday.

“As market sentiment improves, some funds have exited the local bond market for higher returns from equities investment,” said Prinn.

He agreed that China’s equities look attractive this year but Chinese equities were the worst performers last year with the Shanghai Composite index plummeting over 20 per cent and the Shenzhen Composite index suffering a 30 per cent decline. Several emerging stock markets also dropped by an average of about 20 per cent last year.

“Foreign investors used Thai bonds as a defensive strategy, but lowered their holding when sentiment rose on Thai stocks, ” she said.

Net inflows from foreign investors stood at Bt133.8 billion at the end of last year.

At the end of last year, foreigners held a record high of Bt985.8 billion in Thai bonds, representing 11.83 per cent of all outstanding bonds issued by the government and the Bank of Thailand. Foreign investors’ holdings of long-term bonds represent about 80 per cent of their holdings with average maturity being 7.8 years, added Ariya.