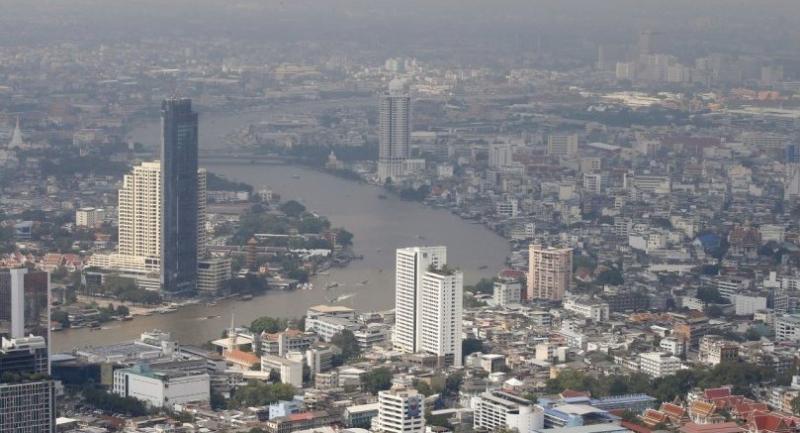 Teerana Bhongmakapat, former dean of economics at Chulalongkorn University, expressed concern about the baht’s rise against the US dollar and regional currencies. “The overshooting baht doesn’t align with economic fundamentals and could hurt growth,” he told The Nation.

With Bt31 now worth $1, Thai exporters fret it will render their products less competitive on the global market. The average exchange rate on Friday was Bt31.347 per dollar, down from Bt32.351 on January 2, according to the Bank of Thailand.

Teerana said a combined central-bank rate hike in December and foreign investors’ positive sentiment have contributed to the baht’s rise in value relatively to the dollar and other Asian currencies. Meanwhile economic fundamentals are not keeping pace, he said. Economic growth is expected to be less than 4 per cent this year.

Current growth is sluggish while private investment remains weak, with capacity utilisation ranging from 60-68 per cent, Teerana noted. Exports are expected to slow due to global economic deceleration.

With Thailand so economically reliant on tourism, he warned, any global factors that have an adverse effect on foreigners’ travels would badly hurt here.

Many analysts are worried about the US and China entering recessions in the next few years, but Teerana believes the world’s largest economies are unlikely to face either a recession or a growth contraction in two consecutive quarters.

Rather, they’re likely to have slower growth, he said.

The US has a large and sound services sector and China has embraced a high-technology value chain in the wake of its manufacturing slowdown, he said.

However, small economies have a higher risk of falling into recession, especially those being targeted for US economic sanctions, such as Turkey and Venezuela, Teerana said.

Teerana opposed the central bank’s previous rate hike, noting that the Thai economy has remained in a lower “growth trap” and inflation is quite low.

He did not accept the central bank’s argument that the current 1.75 per cent policy interest rate could still accommodate economic growth.

“Look at the US – the world’s largest economy – which has had high growth and low interest, ranging from 2.25 to 2.5 per cent,” said Teerana. “The interest rate market is expecting that most other countries will be cutting rates within one year, with the exception of Thailand,” noted Kobsidthi Silpachai, head of capital markets research at Kasikornbank.

So the upcoming meeting of the Bank of Thailand’s monetary policy committee (MPC) is critical, he said.

If the MPC continues to flag concerns about policy space and search for yield, market expectations that the Thai interest rate is on the way up – even as neighbouring countries are lowering theirs – will continue.

“That will create a diversifying of monetary-policy expectations that will be reflected in the exchange rates,” Kobsidthi added.

Sompop Manarungsan, president of the Panyapiwat Institute of Management, said he didn’t think China would suffer a hard landing, thanks to its wealth of financial resources. China has already boosted domestic consumption to compensate for the impacts of the trade war with the US, he said.

“However, should China’s growth rate drop below 6 per cent, it would be cause for concern for other countries, including Thailand, which have participated in China’s supply chains,” Sompop warned.

Teerana and Sompop agreed that the US-China trade dispute would continue for some time, with current negotiations likely to produce nothing more than another temporary truce.