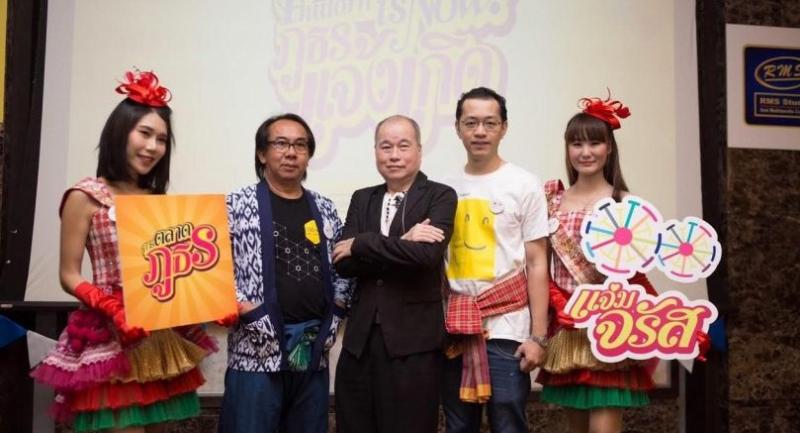 RMS Studio and Multimedia is Thailand’s leading licence owner for Luk Thung music (Thai country music). The company has strong connections with more than 200 country music artists and aims to create a new phenomenon by penetrating the provincial markets.

Under the joint venture, YDM Thailand will hold a 45-per-cent stake in Jamjaras, which has a registered capital of Bt5 million. RMS holds 45 per cent while 10 per cent is held by Somyot Chairat, who is also managing director of Jamjaras Co Ltd.

The new agency is coming up with digital marketing technology that can analyse customer information to meet the needs of brands that want to penetrate the provincial market. Jamjaras aims to achieve Bt70 million in total revenue in the first year. Tanapon Subsomboon, the chief executive officer of YDM Thailand Co Ltd, said that today, the provincial market was sizeable with about Bt300 billion in consumer spending annually, making up more than 60 per cent of total consumer spending in the country.

“The emergence of digital media has provided access to consumers on a massive scale, but with higher efficiency. This is because digital media can create various [types of] content with greater specificity. It can cater to provincial consumers, who have many choices and enjoy greater opportunity to consume media that they prefer,” Tanapon said.

“Regarding the online channel, we have found the amount of time spent by provincial consumers is not very different from people in urban areas, but there are differences in content, the style of music and artists, soap opera and other TV programmes. Jamjaras will be another choice for brands that want to communicate differently with provincial consumers and also get a different result,” Tanapon said.

Somyot said the key strength of Jamjaras is the agency has a good understanding of consumers in the provincial market. The company has a strong digital marketing tool provided by YDM Thailand for analysing insights regarding provincial consumers. The company is also a partner of RMS, which owns the largest number of licences for Luk Thung music in Thailand, and also has a strong connection with Luk Thung artists like Fon Thanasoonthorn, Leew Ajareeya, Film Narinthip, Yingyong Yodbuangarm, Arpaporn Nakhonsawan, Poyfai Malaiporn, Kik Rungnapa, Mocca Garden and Phatthalung Band, he said.

“Compared to urban consumers, those who live in provincial areas have different beliefs, lifestyles and occupations, as well as art and cultural roots. These result in differences both in behaviour and the way they choose to buy and consume products and services. The provincial market is primarily an agricultural society. They love fun and their lives are rooted in nature. They don’t have as much choice for entertainment when compared to urban consumers,” said Somyot.