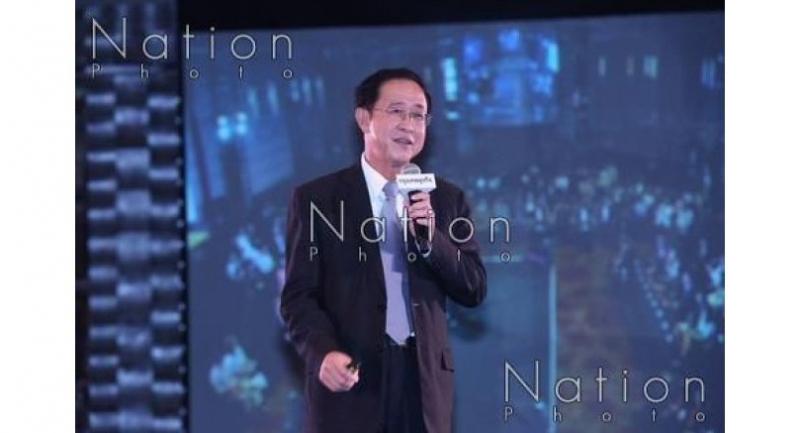 TRANSPORT Minister Arkhom Termpittayapaisith is confident of completing the bids for the remaining 12 separate contracts of the Thai-Chinese high-speed rail project, with the first phase running from Bangkok to Nakhon Ratchasima, in March this year.

Arkhom said, after chairing a meeting of the committee on the Thai-Chinese high-speed rail scheme yesterday, that the State Railway of Thailand (SRT) is preparing terms of reference (TOR) for five contracts of the third 144-kilometre section.

Fair price is expected to be determined this month for seven contracts related to the fourth 91.25-kilometre section, also under the first phase. The terms of reference for the contracts are to be released next month.

So far, construction of the first 3.5-kilometre section from Klang Dong to Pang Asok in Nakhon Ratchasima's Pak Chong district has commenced , while contract-signing for the second 11-kilometre section will take place on March 6.

The 252.5-kilometre-long phase from Bangkok to Nakhon Ratchasima has been split into 14 separate contracts, which will use design and construction blueprints from China.

“In March, bidding for the first phase of the Thai-Chinese high-speed rail project will be completed for consideration. Contract signing will take place in May with construction set to start in June," Arkhom said.

The second phase, with a budget of Bt797 million, is still in the design process. Thailand will take charge of design and construction under China’s advice.

Arkhom said the 27th official Thai-Chinese high-speed railway meeting, which will be held during February 27-March 1 in China, will continue discussions on guarantee period, contract collaterals, fine for delay, compensation, as part of the project's so-called contract 2.3.

"Contract 2.3 has a lot of details for further discussion in contract conditions and each party's responsibility as this involves the project's railway, train signalling system and maintenance, which should be finalised in this round of negotiation,” he said. The result will be likely be forwarded to the Thai Cabinet in March with contract signing expected in the same month.

Arkhom said that Thailand will stand firm on Thai laws but negotiation must be made first and contract 2.3's amount is about Bt38 billion as proposed to the Cabinet earlier.

In regard to the 25-year borrowings for contract 2.3, Thai Ministry of Finance confirmed that it could accept the lending rate, proposed by China, of no more than 3 per cent with a grace period of five years.

But this matter has not been discussed in details as contract 2.3 issues must be finished first, Arkhom said.

An anonymous source from Thai Ministry of Transport said that China's proposal for contract 2.3 is not based on Chinese law, but China's experience in joining investment with other countries, while expecting this upcoming meeting to reach conclusion of the remaining 60 issues, out of 130 issues of contract 2.3.