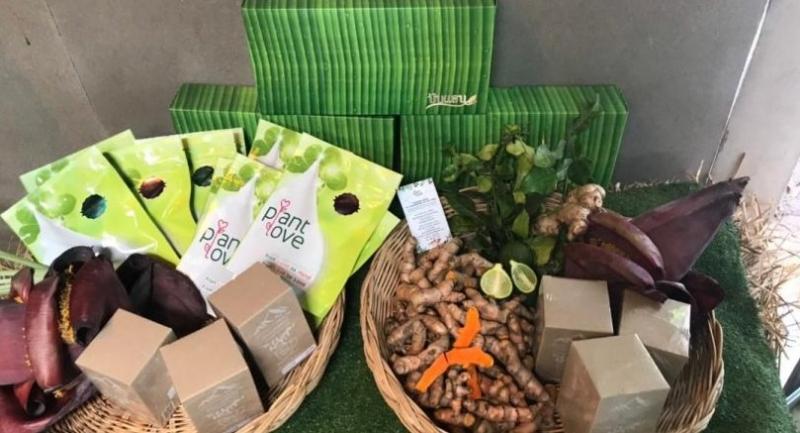 THE BANK for Agriculture and Agricultural Cooperatives (BAAC) has been successful in helping some farmers and community-based enterprises produce high-quality products that meet food-safety standards, Apirom Sukprasert, the bank’s president, said.

The previous drive for organic farming had failed because consumers were not well-informed about food safety, he said, adding that as a remedy the BAAC had been working with government agencies issuing certification for food products.

Farmers are advised to obtain GAP (good agricultural practice) certificates to ensure that there were no pesticide residues in their products. “BAAC Go Green” is our policy this year, he said. It will take three years for farmers who have adopted the organic farming method to qualify for organic agriculture certification in Thailand, he said.

The BAAC has been working with 315 communities to produce high-quality farm products, some of which have opted for organic farming.

High-quality products could command higher prices and the bank is negotiating with major supermarkets and convenience-store chains, such as Big C and 7-Eleven, to market the farm products, Apirom said.

Community-based enterprises should be able to meet good manufacturing practices if they had the right facilities, he said.

Saowalak Maneethong, founder of momplantlove.com, a producer of processed herbal products since 2014, said her community-based enterprise had met the GMP standard and generated additional income for farmers.

Her factory is located in Mae Ramat district of Tak province, northern Thailand.

She received a Bt2-million loan from the BAAC to build a small factory and it has now been paid off.

Workers at her factory earn up to Bt6,000 a month while farmers could sell raw materials to the facility. The herbal production network employs 175 people.

Sales reached Bt6 million last year, thanks to her success in introducing new products to the market, mainly in Bangkok.

“Given the fierce competition in herbal products, we mainly focus on the niche segment, such as mothers who breastfeed their babies,” she said.

Herbal products made from banana blossoms are said to enrich their milk, she added. Her herbal products under the brand “PlantLove” won the World Invention Innovation Contest 2016 held in Canada as well as a special award from the Korea Invention Academy.

Pakkhawat Khantahiran, head of Umphang district in Tak province, said the challenge for communities in mountainous regions was to strike a balance between agricultural development, tourism and forestry conservation.

Excessive expansion of farming areas could cause deforestation while rising water usage by farmers could lead to a shortage which in turn would affect the tourism industry, he said. The Thi Lor Su waterfall in Tak province is a major tourist attraction, Pakkhawat added.

An increase in water consumption upstream could also result in lower supply for people living downstream, including Bangkok. He said authorities were supportive of farmers growing banana because it could preserve underground water.

“The challenge ahead is how to preserve nature and we have recommended the planting of banana, durian tree and chilli plants,” he said.

He said the district, so far, did not have a serious issue with deforestation. The invasion of farming into conservation forest in the area is negligible compared to others in the country, he said.

Apirom said the bank had also tried to encourage farmers to buy insurance policies against the impact of drought and flooding.

The BAAC, in cooperation with the National Savings Fund, is also advising farmers on the importance of saving for retirement, he said.