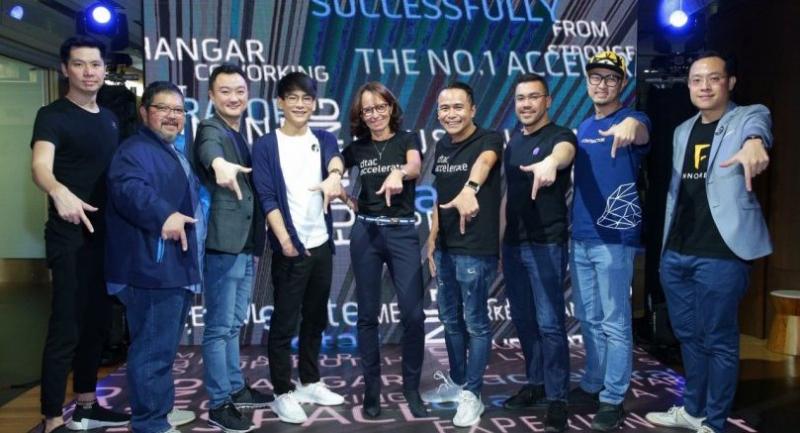 DTAC accelerate yesterday launched its A Academy programme in a bid to help double the number of Thai startups moving on to progressively higher rungs of funding.

It wants to increase the number of startups moving from seed funding to series A financing and on to series B funding. It believes that with this support, some startups of unicorn status will emerge in the next three to five years.

Startups under the A Academy programme of dtac accelerate are in line to receive funding from Google, 500 Startups and venture capital funds in Asia.

The programme helps startups to gain the chance to secure US$100 million in funding, with the support enabling one of them to become the first Thai unicorn.

Sompoat Chansomboon, managing director of dtac accelerate, said the prospect of increased investments in startups would be a game changer. “If there are a lot more series A and series B startups in Thailand it will make a greater impact for the benefit of the country’s economy,” said Sompoat.

The A Academy programme will help create opportunities for Thai startups that are stuck in the Series A bottleneck, said Sompoat. Now, they can get closer to funding sources in Asia and other parts of the world.

The A Academy will help these startups reach the series A round of financing by focusing on their preparations for a mega-funding round, connections with customers, and the adoption of advanced technologies, such as machine learning and artificial intelligence (AI), in their operations.

In this programme, the leading venture capital companies of Asia – including 500 Tuktuks, Golden Gate Ventures, Line Ventures, KK Fund, and Monk’s Hill Ventures - are invited to share their knowledge about fundraising, financial management, and other matters.

With the collaboration with Google Launchpad Accelerator, the programme makes use of Google’s executive workshop called the Leaders Lab to provide training for startup teams. Experts in machine learning and AI from Amazon Web Service and Google Cloud will also contribute.

Elsewhere in dtac’s startup efforts, the dtac accelerate batch 7 offers a course called Incubator Track, for startups that have ideas but have not progressed to operations, and another called Accelerator Track, which is aimed at startups seeking rapid growth.

The goal of dtac accelerate batch 7 is to look for businesses that adopt technologies to develop solutions for a variety of industries, such as healthcare, agriculture, real estate, energy, e-commerce, tourism and insurance.

“As startups constitute critical building blocks to the industry verticals we are invested in, such as smart farming and smart vehicles, dtac accelerate also supports our internal transformation very directly, providing mentorship for our employees to embrace more agile ways of work,” said Reich.