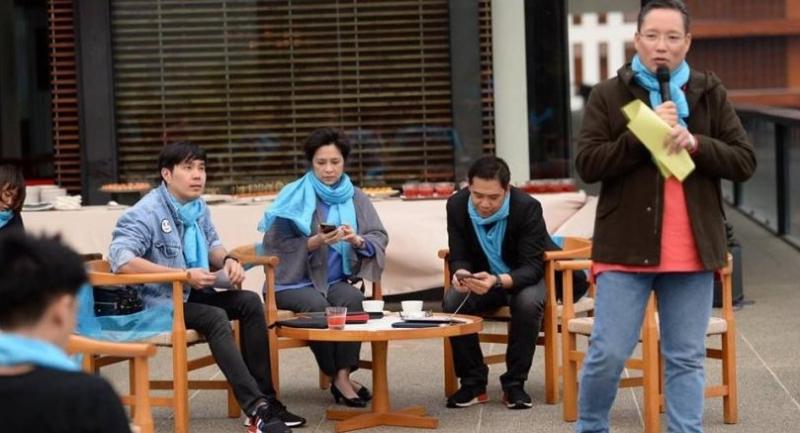 Payong Srivanich, KTB president and chief executive officer, at the press briefing on Friday revealing about the bank's business strategy for 2019.

KRUNGTHAI Bank (KTB) has set aside Bt19 billion to invest in digital system development in an attempt to cut costs within five years, while targeting for loan growth of 5 per cent this year.

Payong Srivanich, KTB president and chief executive officer, said that the bank will spend a total of Bt12 billion in 2019 as it develops digital services over five years. The bank seeks to lower overall costs as customers shift to online transactions through online baking and mobile applications.

The bank insisted that cutting its workforce is not in the plans as face-to-face interactions with customers will remain necessary, and workforce reductions can largely be contained to usual retirements, early retirements and staff resigning to pursue other occupations, he said.

KTB will train employees in new technologies and contemporary tools as the bank shifts its workplaces to cope with the emerging cashless society.

As customers switch to greater use of online banking services, fees-based income from fund transfers and bill payments is expected to decline. For every Bt1 million in fee-based income lost, the bank is required to cut costs by Bt4-Bt5 million to avoid lowering its performance, he said.

Payong said that the bank had previously moved to continuous improvement of its inspection system and had upgraded the security and banking services to deal with modern crimes. Meanwhile, it and gradually established smart card readers to inspect identification cards and electronically linked them to the Ministry of Interior’s household registration for branch transactions.

In the next two weeks, the smart card readers will be set up at all provincial branches after having already been rolled out in all Bangkok branches.

The bank also plans to use a facial recognition system, in addition to CCTV, to reduce fraud.

For this year, KTB will increase its focus on extending loans to SMEs given that the high uncertainty of the Thai economy has resulted in a slowdown of investments by large businesses, Payong said.

The bank has set its loan growth target at over 5 per cent, based on expected Thai economic growth of 4.1 per cent this year. SME loans are expected to rise 6-7 per cent with a greater focus on processed products over agricultural products to lower risks.

“Although our loan growth target of 5 per cent this year is in line with the estimated economic growth of 4.1 per cent, we have to take cautions as it’s a year of high fluctuations and uncertainties, Payong said.

Large business loans are expected to grow gradually, unlike in recent years, on the belief that large-size enterprises seem to be slowing down their investment, he said.

Loan growth this year is estimated to come mainly from retail customers. The bank will lessen loans to the public sector due to high costs.

KTB’s non-performing loan is targeted at less than Bt100 billion this year, lower than the end of last year. The bank expects to set its provision at an amount close to or less than last year’s figure in order to maintain its strength and stability.

The bank’s coverage ratio is estimated at 125-128 per cent, compared to the previous year’s 125 per cent.