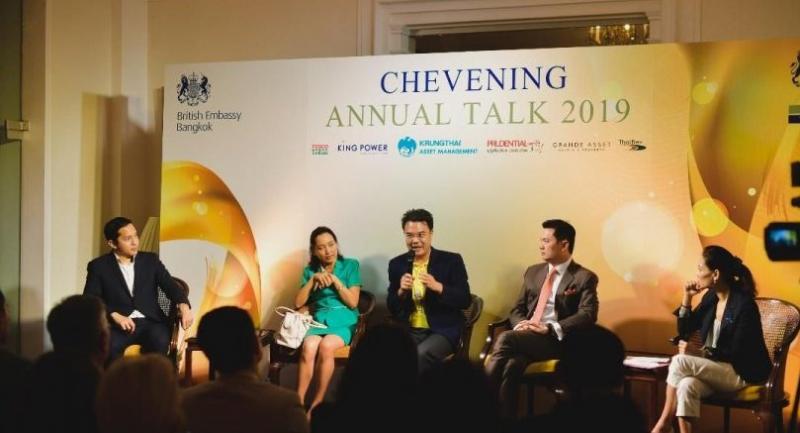 ASEAN integration is “not going anywhere” if trade regulations between Asean countries are not reformed, a recent forum heard.

Deunden was speaking during a seminar discussion at the “Chevening Annual Talk 2019: Promoting a Strong Economic Partnership Towards a Resilient and Peaceful Asean Community,” held on February 28.

“To integrate into one single economic entity, Asean countries have to put the interest of the region before their own country,” she told the forum.

She expressed doubts about the realisation of such a vision, given the seeming unwillingness between Asean countries to liberalise their markets.

“We see that each Asean country is still protecting their own interests. For example, the Asean region is not working together to attract foreign investment but instead, competing amongst one another to offer benefits for foreign investors,” she said, citing each country’s board of investments competing to offer more generous tax exemptions to foreign investors.

Thailand’s Board of Investment (BoI) last November offered a package in which investors would get a tax exemption for up to eight years if they invested in the development of smart cities under the Thailand 4.0 initiative, such as spending on infrastructure, providing a “smart environment” or developing smart technology.

“At the end of the day, it is the foreign investors that gain the benefits from investing in the Asean region, and not the Asean countries themselves,” Deunden said.

Other aspects of Asean trade which remain highly restricted are the trade in services and the flow of human capital, said Deunden, adding that there is a seeming lack of genuineness between Asean countries to tackle this issue.

“Thailand has negotiated 10 service sector liberalisation ‘packages’ with the Asean countries, and one of the service liberalisation sectors that Thailand committed to was the transportation of goods and services by man or animal,” she said. “Thailand only liberalised trade by means that are no longer used in the modern day.”

But Thailand is not alone. Deunden said other Asean countries are also choosing not to take market liberalisation in the regions as seriously as they could.

When it comes to the movement of human capital, the Asean region is again far from being integrated, Deunden contended.

“Thailand has a lot of mutual recognition agreement (MRA) laws with Asean countries to allow skilled labour – such as architects, engineers or doctors – to work in the different Asean nations. However, this does not guarantee that individuals in these professions can move freely in the Asean region,” she said. This is because the MRA is subject to the laws and regulations of each Asean country, and Thailand has made it a requirement that these individuals write exams in the Thai language.

This is just one example of how human capital flow remain highly restricted throughout the region due to the reluctance of Asean countries to open up their labour markets, she said.

Furthermore, even in the trade of goods, the Asean region faces various challenges

In 2018, 22.69 per cent of Thailand’s total trade went to Asean, valued at some Bt3.67 trillion, according to figures from the Ministry of Commerce.

Despite being Thailand’s largest trading partner, the Asean region’s share of Thailand’s total trade remains small when compared to the share of trade between countries in other trading blocs such as the European Union.

“In reality, intra-Asean trade is much smaller than 22 per cent. This is because the figures include a lot of business-to-business trade. If we look only at the trade in consumer goods, the share of Asean trade to Thailand’s total trade would be much smaller,” argued Santitarn Sathirathai, group chief economist at Sea Limited (Singapore).

“So it seems like there is a lot of economic integration in the Asean region, but a lot of that is merely supply-chain trade, such as auto-parts and electronic parts being shipped across Asean borders between foreign firms that are established in the region,” he said. Santitarn said non-tariff barriers and customs regulations have kept intra-Asean trade in consumer goods small.

Added Deunden: “The TDRI’s research found that the reason why intra-Asean trade remains so low is because the Asean Free Trade Agreement (Afta), is the only agreement that requires foreign products to have a rule of origin before they are imported into a country. In other free-trade agreements, goods are first imported before having their content origins verified.”

She explained that this creates a major disincentive for exporters and causes delays in goods that are moving across Asean borders, thus hindering intra-Asean trade.