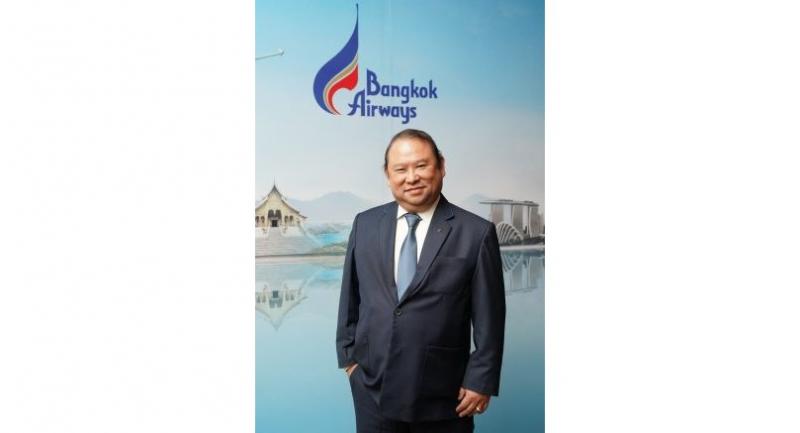 Bangkok Airways has its eyes firmly set on the CLMV (Cambodia, Laos, Myanmar and Vietnam) market in 2019, as it invests Bt1.815 billion in the purchase of two additional aircraft.

“Regarding our route expansion plan for 2019, we will continue to focus on expanding our network to cover the most important destinations throughout the CLMV region in order to support our passengers and our code-share partners,” Puttipong Prasarttong-Osoth, president of Bangkok Airways Plc, yesterday told a press conference.

The plan builds on successes from last year.

“In 2018, we had up to 30 flights per day from airports in Thailand to CLMV countries,” said Varong Israsena na Ayudhya, vice president of the Bangkok Airways sales department.

The airline plans to strengthen its presence at Chiang Mai Airport as a key transportation hub, and will add two new routes this year: Chiang Mai-Krabi and Chiang Mai-Luang Prabang. They will start running from March 31 and April 2 respectively, Puttipong said.

This year, Bangkok Airways will also increase its flight frequency to popular destinations from Bangkok (Suvarnabhumi Airport), starting with the Bangkok-Danang (Vietnam) route, which will increase from seven flights per week to 14 flights starting March 1. As well, the Krabi-Bangkok route will see flights increased from 21 per week to 28 flights, starting from March 31, he added.

The Chiang Mai-Krabi flight will be one way, while the remainder of routes will offer two-way trips.

“Moreover, we will increase the number of our code-share partners. To date, Bangkok Airways is in partnership with 27 airlines around the world, including our latest partner, Philippines Airlines. In 2019, we expect to sign more agreements with two to three more carriers,” Puttipong said.

“This year, the company has a total budget of Bt1.815 billion to purchase two ATR72-600 aircraft and aircraft spare parts,” Puttipong said.

The airline will also be adding an additional 20 aircraft to its roster over the next 10 years, he said, not revealing the investment budget needed.

“Newer aircraft have better technology that consumes less oil, lowering our costs in the long-run,” he told reporters.

“We will also renovate the Sukhothai and Trat airports as well as expand their runways, investing Bt958 million and Bt334 million, respectively,” he said, adding that the expansion and renovation are expected to be completed by 2020.

The airline also has IT projects, involving the improvement of passenger service systems and organisation development systems, with an investment budget of Bt193 million, Puttipong added.

In 2018, the company’s total revenue stood at Bt28.746 billion, with net profit at Bt249.26 million, down from last year’s net profit of Bt787.91 million, according from the Stock Exchange of Thailand.

In 2019, Bangkok Airways aims to increase its passenger numbers by 3 per cent, and revenue from passenger bookings by 3.5 per cent, said Puttipong.

“Passenger bookings make up 74 per cent of total revenue, with other revenue sources coming from the company’s other ventures such as the airport ground services and the catering business,” he said