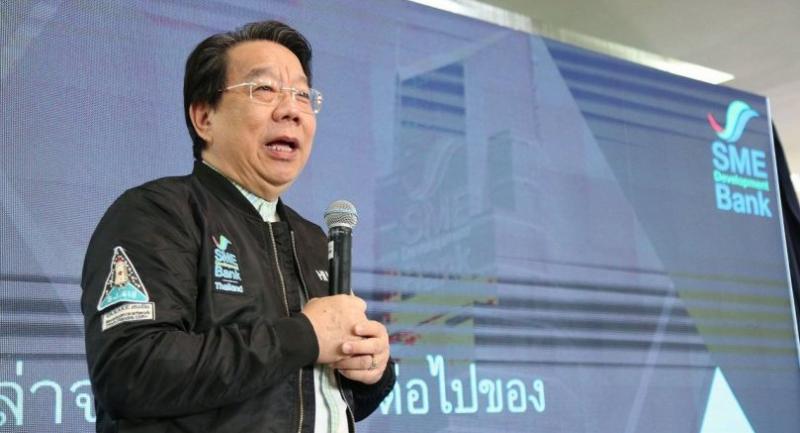 THE State-owned Small and Medium Enterprise Development Bank (SME Bank) has set targets this year to keep its non-performing loan (NPL) rate at below 10 per cent of outstanding loans this year, sell about Bt8 billion of its debt and improve its NPL management.

Mongkol Leelatham, president of SME Bank, said that this year the company plans to cut its NPLs deficit to about Bt13 billion worth. Last year’s NPL rate was at 14 per cent or about Bt17 billion.

The bank is now selling Bt3 billion of its bad debt to asset management companies and is pursuing legal enforcement, asset confiscation and auction related to recover Bt5 billion.

The bank has also adjusted its NPL management by not extending debt restructuring for its borrowers who have been in the process for more than 15 years. If any borrowers reach that period, the bank will take immediate legal action extending from filing a case for assets to legal enforcement for auctions. Overall, the bank will adopt higher NPL management efficiency and more repayment discipline.

So far, the bank has recorded about Bt3 billion in the collateralised bad debt of borrowers who took debt restructuring for more than 15 years and is waiting for auctions, with about Bt2 billion of that coming from large enterprises.

“After 15 years, if customers cannot repay, we will not extend their debt restructuring and will immediately let it follow the legal process. We have to reduce the NPL to Bt14 billion in our [loan] portfolio,” Mongkol said.

In addition, the bank will in future extend loans with caution and prudence, he said. This year, the bank targets for NPL to be no more than 0.21 per cent or Bt21 for every Bt1,000 extended in loans.

For the year, SME Bank has set its new-loan target at Bt57 billion. Of that, Bt35 billion is expected from branches, with the remaining Bt22 billion coming from mobile cars as the bank moves into digital banking for its lending service.

In regard to the International Financial Reporting Standard – IFRS9, the bank has hired an outside company to study impacts on the bank. It expects the Ministry of Finance to postpone enforcement of the standard for state-run banks for another five years beyond the current 2020 so that the banks can be better prepared.

Mongkok said that with his term soon ending, a nomination process is underway for a new president. About six outside people are interested in the position and the nominations are expected to be finalised within this month.