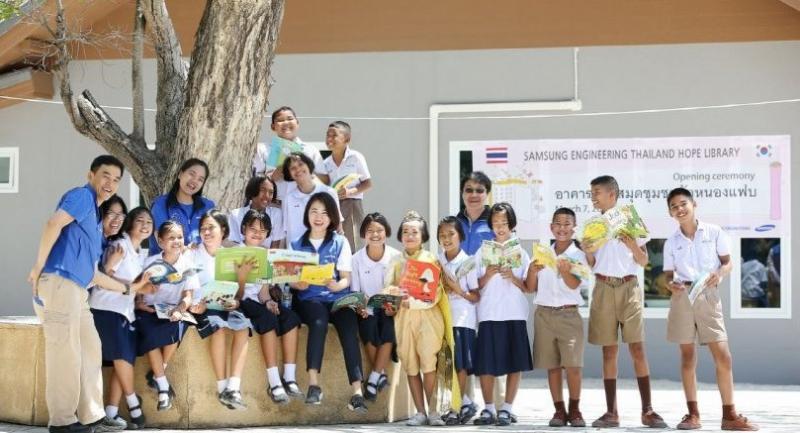 According to the Samsung Engineering, the new Thailand “Hope Library” was built in 13 months in partnership with Plan International. Beyond building the library, Samsung Engineering fully equipped it with 5,000 books, electronic devices such as TV and DVD player and further donated IT equipment including computer, printer, and software, library supplies such as book cart, desks and chairs.

Additionally, Samsung Engineering hired and trained librarians to provide a long, prosper and sustainable library operation. Around 700 children, youth, teachers living near the library including from 222 children from the Nong Fab School will be the major beneficiaries of the library. Furthermore 2,000 community members in or near the village will also benefit from Samsung Engineering’s “Hope Library”.