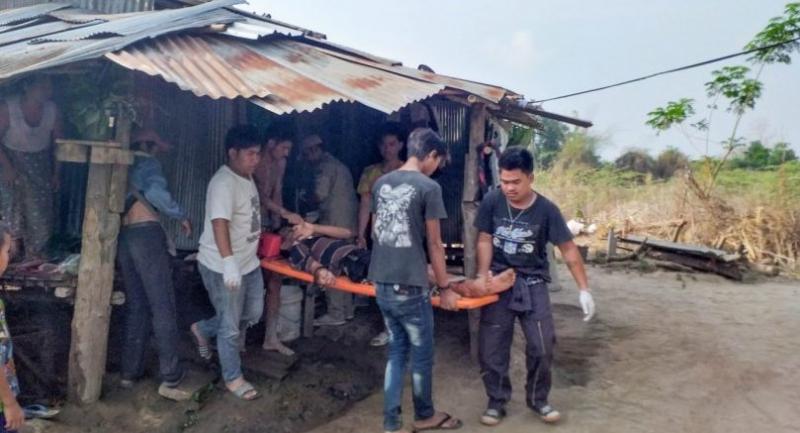 A Myanmar migrant in Tak’s Mae Sot district was severely injured with a pair of scissors in what his wife claimed was a self-inflicted wound.

Police and rescuers were called to help the man at his rented house in Tambon Mae Pa at 9am.

Rescuers found U-Talay had a stab wound to his throat and had to rush him to Mae Sot Hospital. A blood-strained pair of scissors was found beside him.

His wife, Makhin Ae, 55, told police that her husband had returned from drinking outside with friends and started a quarrel with her before he stabbed himself with the scissors.

Police said they would interrogate the husband after he recovers in hospital.