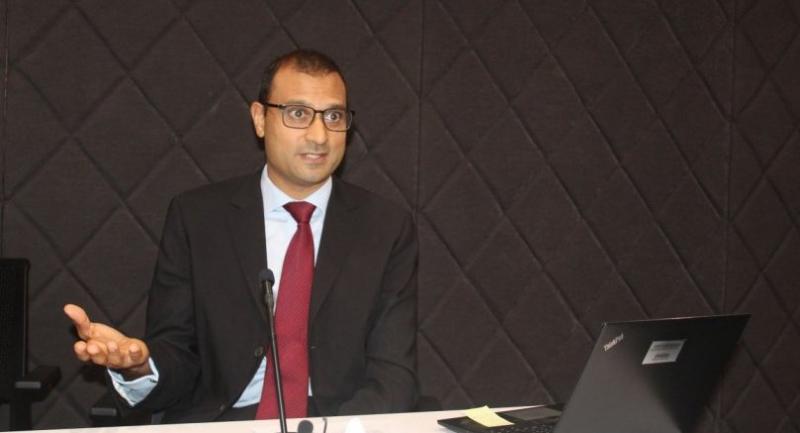 DESPITE Myanmar’s economic growth having declined to 6.2 per cent last year from 6.8 per cent in 2017 , the nation remains resilient and is expected to return to growth of 6.5 per cent this year and 6.6 per cent next year, according to WB economists.

Andrew Mason, World Bank’s acting chief economist for East Asia and the Pacific, told a tele-press conference on Wednesday that the economic outlook for Myanmar would remain favourable, similar to other smaller economies in the region.

“Myanmar is facing some important challenges in terms of infrastructure investment, human capital and gaps in some of the basic services,” he said.

“This will require more government revenues. So, raising revenue and spending it better is an important piece of the puzzle.”

Mason also stressed the importance of improving the investment climate. He urged to reform the economy in a way to attract local and foreign investment. To him, strengthening the business environment will lead to productivity growth, which largely influences the nation’s economy.

He urged investment in human capital for long-term growth, and to invest more in basic things such as nutrition, health and education.

“This is something that is very important in Myanmar and other lower-middle income countries in the region. But the selection of projects is very, very important,” he said.

“We absolutely support further investment in infrastructure for creating more inclusive growth in Myanmar, but it is important to share benefits and to ensure these are high quality investments.”

He recommended transparent processes for licensing and opening to domestic and foreign investment.

“Carefully-managed process of liberalisation, like what we saw in the insurance and telecom sectors here, is critical,” he said.

Beck urged the government to promote domestic investment in practical services, and to remove some of the barriers to companies in trading. He recommended liberalisation in more sectors where the competition could bring down costs.

“For example, logistics service is an important area that should be further liberalised. But, some of the systematic changes that the government is making across the business environment would be helpful to the growth of all sectors,” he said.

According to Beck, allowing flexibility in interest rates, removing cross-cutting barriers, collecting revenues and delivering basic services such as health, infrastructure and education, are keys to the sustainability of Myanmar’s growth. He pointed out the nation’s low income from taxation, compared to similar economies in the region.

“As the economy is growing, the GDP [gross domestic product] is also growing. Tax is not growing as fast as it should. So, there are many ways the government is reviewing the tax incentives system and looking at the exemption,” he said.

“On the spending side, moving money between spending items and sectors is really important. Myanmar has been moving money towards health and education but should be doing a bit more of that.”

Aside from the basic needs, Myanmar should spend more on the power sector, due to the rising demand for electricity over the next three to five years, Beck said. He urged more flexibility in budget allocation and to consider advancing procurements so that all contracts are ready to go as the budget is implemented.

Beck also called for empowerment and support of small and medium-sized enterprises.

“The government should help connect small and medium-sized enterprises to trade opportunities. Most of them are operating domestically, and their access to finance, skilled labour, and human capital investment is critical,” he said.

“In Myanmar, the government has put in place a range of positive moves. The things that caused downturns have now stabilised again as we have seen the stabilisation of the kyat and reduced inflationary pressures. It helps Myanmar to pick up again,” said the economist.

“Manufacturing and transport services for instance are improving, and telecom is one of them. We do understand that there is an increase in innovations among the telecom operators.

“They are also adding to their investments to ensure better services in a competitive environment. It may be an important contribution to [Myanmar’s] GDP.”