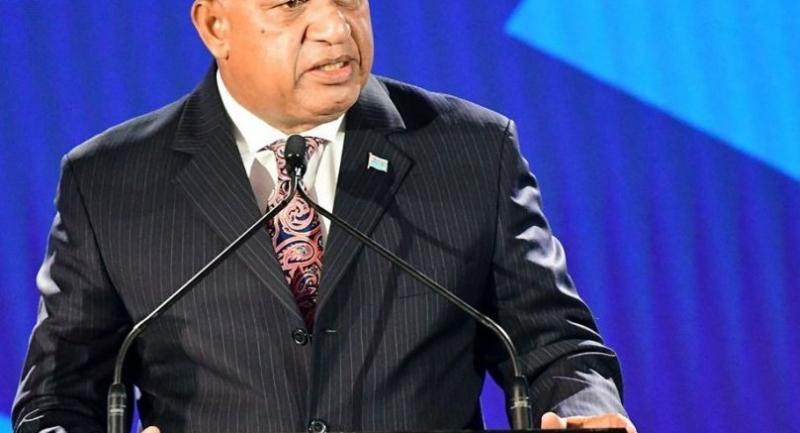 Taking advantage of being the first-ever Pacific island nation to ever host the annual meeting of Asian Development Bank, Fiji has unveiled an ambitious plan to become the regional hub of the Pacific Rim.

Prime Minister Voreqe Bainimarama, formally opening the ADB gathering, said Fiji would soon evolve from the hub of the South Pacific to the hub of the entire Pacific Rim.

“The world has come to us,” he said. “We are laying the groundwork to host even bigger gatherings in the years ahead by building up not only our hotels but our convention facilities.”

The premier said a new convention centre would be built with financing from the Fiji National Provident Fund with the capacity to host at least 4,500 people, putting Fiji in position to host annual meetings of the International Monetary Fund and World Bank.

“Fiji has set out a bold vision for our national progress. United in realising that future, the Fijian people have spurred our economy to 10 straight years of economic growth, a new record for Fiji,” he said.

Despite a population of just 900,000, Fiji has high potential with young people making up more than half of the total, Bainimarama pointed out.

“The Fiji of today is built by more than potential alone, far more. Our success is owed to the opportunities we have created in the lives of our people, and to our commitment to forging common identity and forming common purpose,” he said.

The nation has established direct air links to San Francisco, Los Angeles, Hong Kong, Singapore and Tokyo via Fiji Airways, which also flies to all areas of the Pacific Rim except South America, which the national carrier sees as the next frontier.

“Ten years ago, the roads from Nadi to Denarau were narrow and ageing. Telecommunications in Fiji were so underdeveloped, something like that would never have been possible,” the premier said.

Nadi International Airport “was considerably smaller” 10 years ago, he added. “It was less efficient, and you all would have been waiting a lot longer for your baggage off the plane.

“The redevelopment of that airport has not only received international acclaim, but it has been recognised as a leading green airport in the Asia Pacific region.”

“We cannot turn our backs on that proven pathway to global growth and development, especially given the present economic forecasts,” he said.

He was confident Fiji could advance to the next level of development in the near future.

“The potential [is there] to not only create prosperity but ensure that prosperity uplifts all people, from the busiest metropolises on the Asian continent to rural communities in islands across the Pacific,” he said.

The prime minister lauded the ADB’s development assistance since 1970, having secured US$524.4 million in loans, $35 million in grants and $33.7 million in technical assistance.

“We are a proud home to the ADB regional headquarters in our capital, Suva. And we are proud to host the ADB annual meeting. But Fiji’s ambition does not end with this meeting. This island is set to undergo a tremendous revival,” he said.