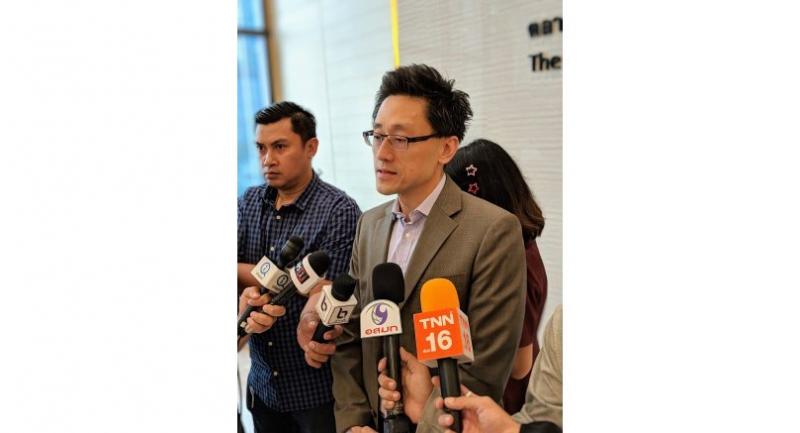 THE THREE-MONTH Investor Confidence Index in May dropped 2.83 per cent on uncertainties of Thailand’s political developments after the election, pressuring foreign investors to be net sellers in only the Thai bourse among its regional peers in the first four months of this year, according to the Federation of Thai Capital Market Organisations (Fetco).

Paiboon Nalinthrangkurn, Fetco chairman, said that the three-month FETCO Investor Confidence Index dropped 2.83 per cent to 104.49 from 107.53 in the previous month, regarding it as “neutral” for a second straight month, given the unclear local political developments after the March-24 election.

The Election Committee (EC) is believed to be preparing to certify the election results after which the new government can be formed, which could boost the Index and encourage foreign capital to move into the Thai stock market after net sales for four months.

“This year is a good year for stock markets worldwide. The SET (Stock Exchange of Thailand) Index increased 7 per cent, regarded as slight, as it would have risen more if the Thai political developments had been clearer,” Paiboon said.

In contrast to being net sellers in the Thai stock market for the first four months of this year, foreign investors net bought Indonesian stocks worth about $4.57 billion, Filipino stocks of $817 million, Vietnamese stocks worth $215 million, Korean stocks of $6.79 billion, Taiwanese stocks worth $6.04 billion and Indian stocks of $9.88 billion. Among all, only foreign investors have experienced a drop in confidence by 20 per cent to 100 from 125 in the prior survey, for the unclear Thai political situation, international conflicts, the prolonged US-China trade war, and estimated lower Thai economic growth.

The current most attractive groups are energy and utility, given higher crude prices and most unattractive is mining.

Ariya Tiranaprakij, senior executive vice president of Thai Bond Market Association (ThaiBMA), said that the interest rate expectations Index for the Bank of Thailand’s Monetary Policy Committee meeting on May 8 stayed at 60, up from the previous survey due to the unchanged move of the global interest rates.

If a successful conclusion to the trade negotiations between the United States and China cannot be reached, it is believed that foreign capital will move back to Thai bonds as their safe haven, Ariya said.

Sukit Udomsirikul, managing director for research at SCB Securities, said that the SET Index in the second-third quarter of this year is expected to improve above the first quarter, the same direction for global indices on expectations for no US rate rise, the end of US quantitative tightening and satisfactory conclusion of the US-China trade negotiations.

The SET Index in this May is expected to rise to 1,700 points, if the new government is successfully formed, Sukit said.

If the new government is not formed, the SET Index may fall to 1,630 points, he said. He expected foreign capital to net buy Thai stocks worth about Bt30-Bt50 billion due to MSCI’s rebalance for higher weight of Thai stocks and certain political situations.

Meanwhile, the estimated amount of foreign capital inflow is not large, given the small number of tech stocks in the Thai bourse. Foreign investors are interested in tech stocks, he said.