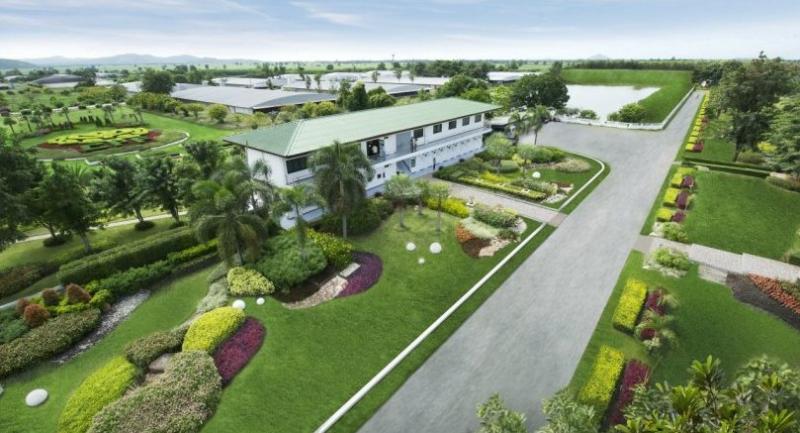 Charoen Pokphand Foods PCL (CP Foods) on Thursday announced a project to phase out coal usage from all its operations in Thailand in response to UN sustainable development goals.

To put the commitment into action, the company recently announced "CP Foods Coal Free by the year 2022". This project draws to call off coal use in the company's business units in Thailand. It will significantly reduce Green House Gas (GHG) emissions by more than 70,000 tons CO2e per year. The same policy will be applied to its operations worldwide later on.

The transition towards more sustainable energy at four plants is a result of a successful implementation in Ratchburi Feed Mill Production plant. The pilot plant is able to save Bt7 million per year in costs and reduce GHG emissions over 10,425 tons CO2e after completely shifted to renewable source like Palm kernel shells and scrap wood chips.

CP Foods has taken many green initiatives for a better efficiency of its environmental management to help the company achieves its sustainability development goals 2025.

Within 2025, CP Foods pledges to reduce GHG emission by 25 per cent, overall energy consumption by 15 per cent, water consumptions by 30 per cent and waste disposal to landfill by 35 per cent against a 2015 baseline.

Last year, the company kicked off "CP Foods' Solar Rooftop" project to generate more than 40 Megawatts of electricity from solar power by installing rooftop solar panels on the roof of 34 plants nationwide, cutting GHG emissions by 28,000 tons CO2e per year.

It also announced successful results in increasing the proportion of energy generated from renewable sources to 25 per cent of Thailand's Final Energy Consumption. As a result from using biogas to generate electricity, the company was able to reduce 322,000 tons CO2e.

For green innovations, CP Foods has developed a sustainable feed for pig, helping the company to reduce 41,000 tons CO2e per year. The eco-friendly feed is currently used by the company's operations in seven countries, including Thailand, Laos, Cambodia, Vietnam, the Philippines, China, Taiwan and Russia.

CP Foods determined to develop sustainable packaging design based on Circular Economy concept. The company made a commitment that 100 per cent of its packaging to be reusable or recyclable or upcyclable or compostable by 2025 for Thailand operations and by 2030 for overseas operations.

The company developed bioplastic trays made from natural renewable resources, namely Polylactic Acid (PLA), which is biodegradable. It was the first company in Thailand to use such trays in chilled raw meat products.

In 2018, CP Foods could reduce more than 3.9 million PET trays or over 60 tons of plastic, which is equivalent to GHG emissions reduction of 132 tons CO2e per year.