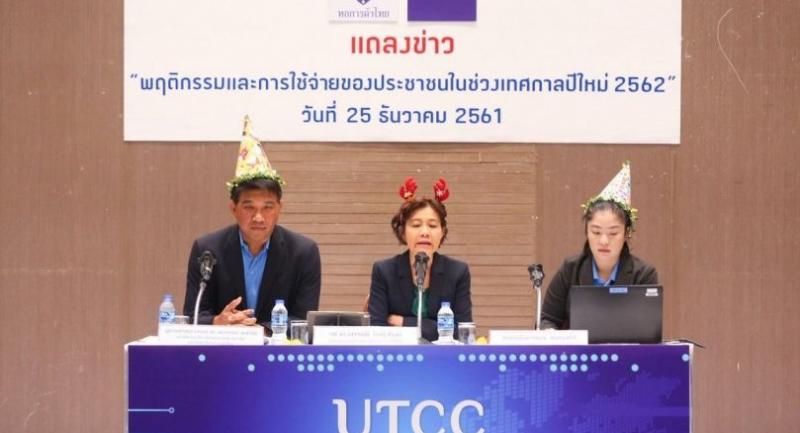 THAILAND’S political situation, the US-China trade war and low agricultural product prices have dragged down confidence of Thai consumers to its low in 19 months, according to University of the Thai Chamber of Commerce.

Thanavath Phonvichai, director of the university’s Centre for Economic and Business Forecasting, said that Consumer Confidence Index (CCI) in May headed down in a third straight month, sliding from 79.2 to 77.7, the lowest in 19 months since November 2017 .

The decline of the index for the past three months, from March to May, reflected downtrend of the Thai economy with no clear signal of a recovery.

As the CCI fell due to local political uncertainty, particularly stability of the government, the confidence index involving politics dropped to its 59-month low. Given the global economic uncertainties, amid the escalating trade war between US and China, Thai exports and crop prices remained low with consumers careful in their spending.

Thanavath said a Somkid Jatusripitak-led economic team is expected after the appointment of the next prime minister.

The Thai economy is projected to expand 2.8-3.2 per cent in the second quarter of this year, Thanavath said. For the local economy to grow 3.5 per cent this year, economic expansion must reach 4 per cent in the latter half of the year, he said.

A new Cabinet is expected to be sworn in next month with the private sector looking forward to a competent team on economic affairs under the new government in order to restore confidence and accelerate budget disbursement to stimulate the economy, he said.

The fiscal year 2020 budget is estimated to be delayed to early next year (2020 calendar year), which could lead to a vacuum in the second half of this year.

As initially assessed, every Bt10 billion in economic stimulus could push up the country’s gross domestic product (GDP) by 0.04 per cent and if about Bt30-Bt50 billion are injected into the economic system, the GDP is expected to rise 0.1-0.3 per cent, he said.

“ The top concern among investors and the general public is the present political situation. And if there’s a protest outside parliament, the centre may revise downward its GDP growth target of 3.5 per cent for this year. The trade retaliations between the United States and China may also lead to a revision of the centre’s GDP estimate given the impact |on Thai exports and tourism, he said.

Thanavath said all economic indices declined in May with the confidence indices for new homes and suitability for doing businesses sinking to a 20-month low, while that for future income reached a 9-month low.

The indices for new jobs and new cars also sank to a 18-month low.