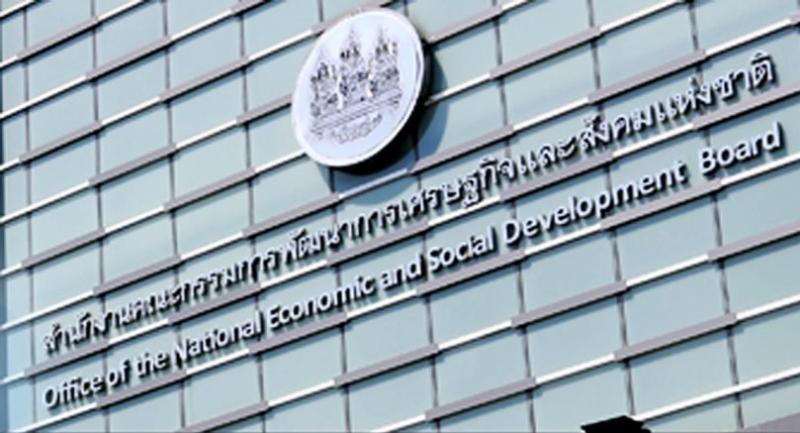 HOUSEHOLD DEBTS are on the rise and could suppress consumer spending as well as people’s ability to repay their debts, the state think-tank National Economic and Social Development Council (NESDC) warned yesterday.

Household debt in the fourth quarter of last year rose 6 per cent to Bt12.8 trillion or equivalent to 78.6 per cent of gross domestic product (GDP).

Debts in the first quarter of this year have been on the rise as consumer loans have hit a 10.1 per cent increase, a record high in five years, NESDC secretary-general Thosaporn Sirisumphand said.

“Debts below 80 per cent of the GDP is an acceptable level, but must be closely monitored,” he said.

Household debts may drop in the near future as the central bank has imposed tough measures to keep a check on home loans since April. The central bank designed a so-called loans-to-value (LTV) system to limit loans for second homes or houses purchased for investment purposes, he said.

Consumers, however, are having accumulated debts, as they had bought the new homes before the LTV came into effect, while many also fell for deals offered by automakers for new models. Mortgages account for 49.9 per cent of consumer loans.

Consumer bad debt, meanwhile, has risen to Bt120 billion, recording a 9 per cent increase, similar to the 9.1 per cent rise in the previous quarter. These bad debts now account for 27.8 per cent |of total non-performing loans, the |highest proportion in the past 13 quarters.

In comparison, the amount of unpaid credit-card bills dropped 3.6 per cent, compared to a 0.3 per cent increase in the previous quarter.

Since consumer loans are on the rise, the NESDC said the authorities should impose new measures such as targeting groups that have accumulated high levels of debt.

Auto loans also show signs of quality degradation and new measures for them may be appropriate, Thosaporn said, adding that new measures should also ensure that consumers have access to loans at reasonable interest rates.

Meanwhile, though unemployment dropped to 0.9 per cent, or 350,000 individuals, the tight labour market could be affected if the US-China trade war escalates and affects industries and the tourism sector. Tourists from China and the US account for 30 per cent of total arrivals in Thailand, and employees in the tourism sector are usually on a short-term contract making them vulnerable to impacts on the sector.

The trade war is also expected to hurt the world economy.