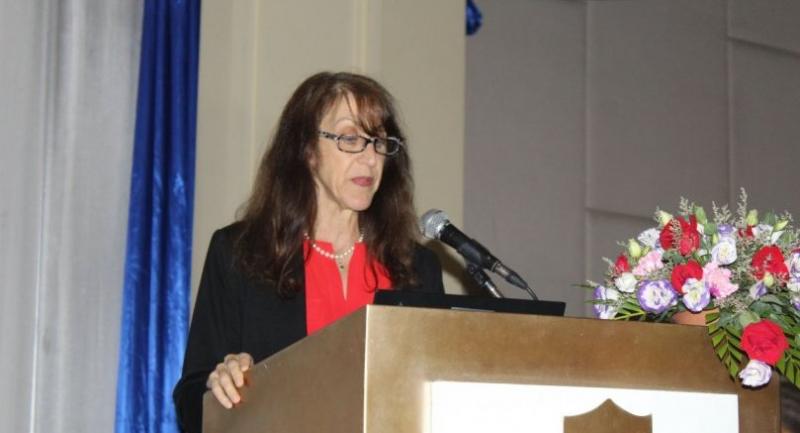 By KhineKyaw
The Nation
Yangon

With more people moving to Yangon and other key destinations for better opportunities, the World Bank has warned of the challenges related to urbanisation in Myanmar at the launch of its latest report on Thursday.

“The increase in urban population has begun to put a severe strain on cities, particularly Yangon,” she said.

Baker stressed the need for affordable housing, infrastructure and services. She said urbanisation in Myanmar emerged from migration unlike many other countries.

“The key driver of urbanisation here is migration. The population density in Yangon is 10 times higher than the national average,” she said.

“About 30 per cent of the population lives in cities. In terms of migration, a lot of people are moving to Yangon and key destinations. When compared to other Asean countries like Indonesia and Thailand, Myanmar still has a way to go.”

She said the city’s population is expected to increase 34 per cent by 2030, as Yangon produces 25 per cent of the nation’s gross domestic product and is home to nearly 30 industrial zones.

“The coverage of basic services is quite low. Many people in cities have lack of access to basic social services,” she said.

She warned of a rise in the number of informal settlements, as new residents could not afford the existing supply of housing. If left unaddressed, this will lead to further congestion, slums, pollution, and put a drag on opportunities for growth, she said.

“Cities like Yangon and Mandalay present significant opportunities but some groups do not benefit from them, as inequality becomes higher,” she said.

According to the economist, more jobs are still needed in the formal sector, as only 20 per cent of Myanmar workers have permanent wage jobs.

“The majority do not have regular wages or benefits. Nearly 80 per cent of the workers in urban areas work in microenterprises,” she said.

Citing a survey conducted in 2016, Baker said the firms in Yangon and Mandalay considered finding skilled workers as the biggest obstacle.

She also stressed that Myanmar must tackle the shortage of affordable housing, as only 25 per cent of Yangon residents live in formal housing.

“With estimated 7 to 15 per cent of urban dwellers living in slums, high informality is a problem here,” she said.

“In Myanmar, a few subgroups are vulnerable to exclusion in the urban context _ internal migrants, the urban poor, people with disabilities, and some ethnic and religious minorities,” she said.

She underscored the need of strong institutions and good governance to build competitive and sustainable cities. The government should encourage public-private partnership projects and how they can be scaled up, she said.

“Local governance is often hampered due to limited implementation of policies, financial resources, and technical capacities,” she said.

The report highlights four key priorities for inclusive cities in Myanmar - to invest in sustainable urban infrastructure and upgrading, to build resilience to mitigate shocks, to facilitate access to legal documentation, to build capacity and new financing sources.

At the launch, Myint Naing, deputy director general at the Department of Urban and Housing Development, lauded World Bank’s support to addressing urban challenges in Myanmar.

“We fully recognise problematic urban challenges, and are trying to address traffic congestion, shortage of urban infrastructure with a focus on electricity and water, housing shortage and slum expansion,” he said.

“We are facing the lack of urban science in our education [system] and lack of capacity to address urban issues.”

The official said Myanmar’s economic pattern must be changed, shifting focus on agriculture to resources-based and services-based economy.

“Urbanisation is an inevitable phenomenon for Myanmar’s development pathway and we must prepare to ensure our readiness for urbanisation,” he said.

He said Myanmar needs to analyse the urban agenda and set up urban policies, strategies and plan to overcome urban issues. To this end, improving urban knowledge is a starting point for the road to urbanised Myanmar.