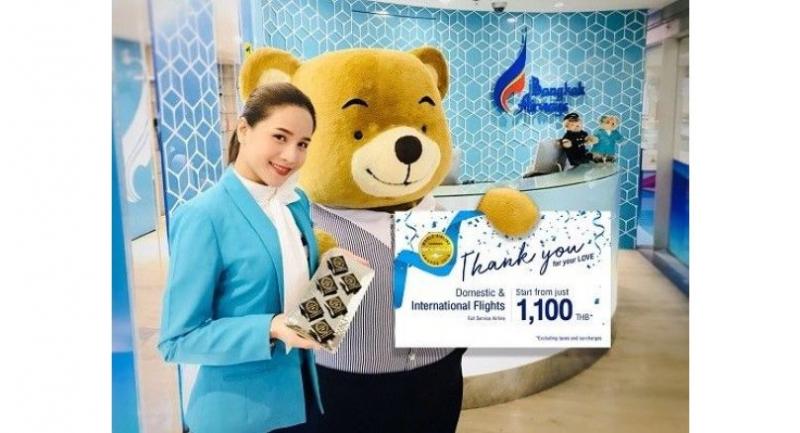 Moreover, the airline also launches the “Thank You for Your Love” promotion that offers special fares on both domestic and international routes. Booking can be made from today until June 23 and can be used for travels until December 31.

The “Thank You for Your Love” promotion fares start from just Bt1,100 per one way for domestic routes (except domestic in/out Samui).

For domestic routes in and out of Samui, the fare starts from just Bt2,550 per one way.

For international routes, the fare starts from just Bt1,390 Baht per one way or Bt2,190 per roundtrip. The offered fares are not inclusive of taxes and surcharges.

Passengers can see more information about the promotion and/or make a reservation at http://bit.ly/2XjvAP3 or contact Bangkok Airways Call Center tel 1771 or +66 (2) 2270 6699 (24hrs.) or at Bangkok Airways Ticketing Offices nationwide.