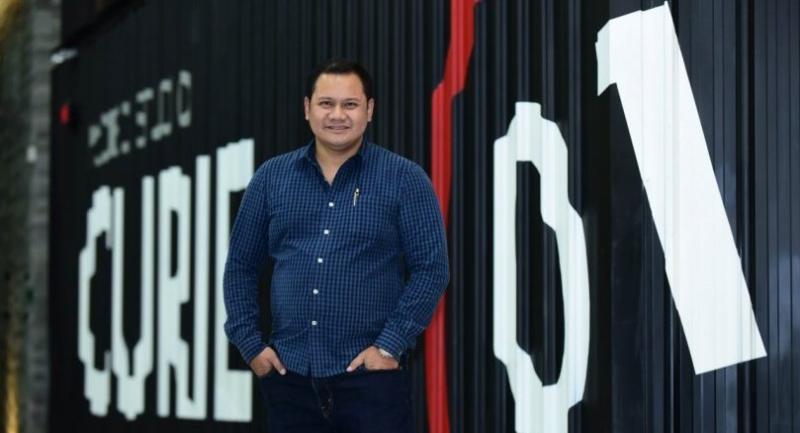 THE strategy of Kasikorn Business Technology Group (KBTG) for the years ahead transcends apps, or mobile, or even banking for that matter.

Its focus is on artificial intelligence (AI), to pave the way for cognitive banking. Hence AI will take precedence over every other strategy of the bank from next year.

KBTG president Ruangroj “Krating” Poonpol said that this year, it would be a data-driven bank, but next year it would be about AI. Therefore, KBTG is planning an “agile transformation, with the dual track of innovation and legacy”. It will also achieve cultural transformation through One KBTG.

The big problem faced by corporates is they sit on legacy, including technology, IT system, culture, organisational structure and work process. All these are now a burden; assets of the old world. Even some technologies are designed for the old world of computing such as mainframe technologies, said Ruangroj.

But the new world values agility, risk-taking, speed, adjustment and cycle. Legacy assets of the old world become a legacy liability in the new world, he added.

Legacy is of no benefit at all, but it is not necessary to disrupt all legacies, he said, explaining, “For example, at KBank, security is number one priority. The challenge is how to blend both legacy and agility to coexist.”

First, One KBTG will destroy silos to promote an agile transformation. There will be more cross-functional teams within KBTG. It is likely to have an internal squad or internal startups within KBTG.

“We bring startup knowledge for an innovation runway. We have opened API [application interface protocol] for startups and will invite startups to co-create with KBTG’s information runway,” said Ruangroj.

“We currently have 80 data analysts, micro service, container, cloud, and Big Data. We are a native tech firm, but not digital first. We still have mainframe technology and an on-premise data centre. In the next three years, after we complete the ‘re-architect organisation’, we will be more agile,” said Ruangroj.

KBTG now serves KBank. But in the next three years, KBTG will go beyond the banking industry. Though the core business will still be banking, core products and technology will go beyond banking to other industries such as logistics.

KBank’s KPlus has around 11 million users; it aims to reach 15 million by the end of this year and it will change the financial lives of 15 million people. Also, KBank plans to cover the Asean Economic Community plus China, therefore KBTG will be financially wise, which will impact many people in the region.

KBTG aims to become the No 1 tech organisation in Southeast Asia, by building a tech and innovation ecosystem in Thailand. The startup ecosystem has already been built, the next is to transform corporates – and KBTG has the best practices on corporate transformation, he said.

“We need more than 300 talents with rare skills such as data scientists, data engineers, architects and developers. We need to reverse brain drain. KBTG aims to be the platform for Thai talents working overseas to return to the country. Eventually, investment will follow. My dream is to turn the world’s axis to Thailand,” said Ruangroj.

Ruangroj’s formula revolves around five “E”s: envision, empower, enable, energise and execute. He left his comfort zone in the startup world to take up the challenge of overseeing the 1,200 staff of KBTG and the 20,000 support staff of KBank.

“Always shape your own destiny, lead your career,” said Ruangroj.

“You cannot manage your time entirely, but you can manage your energy and your focus,” he added.