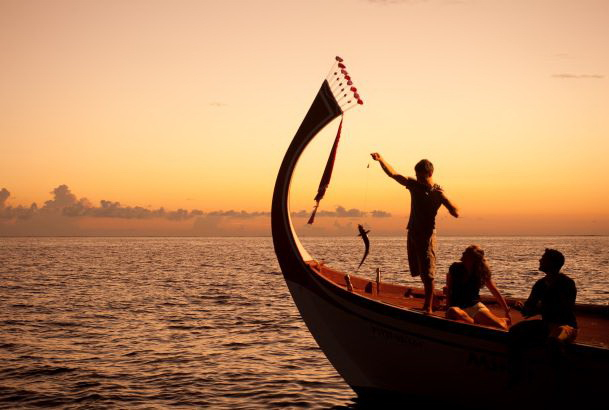 Eighty eight per cent of travellers based in Asia Pacific feel their ‘love of travel is a huge part of how they define themselves’ with three in four aspiring to be a ‘travel expert in their social circle’, according to a recent study by Hilton Honors, the award-winning guest loyalty programme of global travel and hospitality brand Hilton.

The research, surveying 2,300 avid travellers aged between 20-45 in 11 Asia Pacific countries (Apac) and segmented by life stage, explored the travel motivations, aspirations and expectations of the region’s most active travellers.

“Travel is a deep passion for most travellers in Asia Pacific,” said Sarah Somerville, Hilton's senior director/customer engagement, loyalty and partnerships, Asia Pacific. “It gives them a real sense of pride and has become a core part of how they define themselves. Today’s travellers want to live like locals, feel inspired by the places they visit and experience a transformative journey that is wholly their own. They also embrace the role technology can play, not only in making their travel experience more efficient, but also in enhancing the planning stage through the use of augmented reality and virtual reality technologies.”

The 2019 study comprised an extensive quantitative survey of travellers aged 20-45 and in-depth interviews with Gen Y travel taste-makers. The study revealed three key themes: travel and the role it plays in identity, technology and the future of travel, and the importance of experiential travel.

Eighty-nine per cent of respondents feel ‘being able to travel is a point of pride for me’, with 88 per cent saying their ‘love of travel is a huge part of how they define themselves’. This was even more important for young families, defined as 20-35-year-old couples with children (91 per cent), singles (85 per cent) and couples (82 per cent).

When it comes to the personal benefits of travel, there is a sense that it empowers people to feel more ‘knowledgeable’ (55 per cent) and ‘open-minded’ (51 per cent). One survey respondent shared: “As the comedian Trevor Noah said "Travelling is the antidote to ignorance.” What truly motivates me to travel is the excitement, the urge to experience different cultures, food, to meet new people and live their lives for those few days. As the quote says, travelling is the solution to ignorance”.

Three in four Asia Pacific travellers aspire to be an ‘expert’ within their social circle and the first to discover new locations. Interestingly, wanting to be ‘the first one of their friends to visit or experience a destination’ is significantly more important to young families (82 per cent), as compared to singles (69 per cent) and couples (59 per cent).

Traditional sources of information, such as word-of-mouth (55 per cent), online travel publications (50 per cent), official tourism websites and the social media accounts of friends and family (both 49 per cent), serve as travel inspiration for travellers today. However, travellers in Asia Pacific see a clear role for technology tomorrow – with virtual reality (VR) and augmented reality (AR) being essential in delivering a more fun and immersive experience:

· Virtual fun: Two in five travellers believe that the use of VR and AR could help make travel more fun in the future. Forty-five per cent also saw the potential of virtual/inanimate influencers as a source of influence for their next destination.

· Immersive inspiration: One in two travellers would be enticed by ‘virtual or augmented reality’ tours of their destination to get inspiration for their holiday.

· Smooth sailing: More than half of Apac travellers feel that technology can be adopted to speed up check-in and manage their whole trip better. Young families are more likely to see the benefits of tech being used by updating them with push alerts (48 per cent), offering inspiration on destinations (49 per cent), and delivering tailored in-room entertainment (40 per cent).

Aspirations around ‘travelling the world’ tops travellers’ bucket lists – though it is the desire to try new experiences and connect with culture that is cited most:

· Making it count: Two in three travellers seek ‘once-in-a-lifetime experiences’ as a key aspect of travel that they desire. This is largely driven by younger travellers (73 per cent of 20-24-year-olds).

· Extraordinary experiences: The ‘uniqueness of the destination or experience’ has the most influence on deciding where people want to travel (55 per cent). This is more important to young families (63 per cent) than singles or couples (both 48 per cent), and to travellers in Indonesia (76 per cent), Philippines (71 per cent), Vietnam (67 per cent) and India (66 per cent).

While cultural immersion has been a trending travel phenomenon, specific types of experiences are being sought out by Asia Pacific travellers:

· Tracing the roots of local cuisine: Visiting a local food market to learn and pick your own ingredients for an authentic meal is by far the top experience that Apac travellers desire (38 per cent). One respondent shared: “Trying the local dishes is too simple, I would like to track back to where all the ingredients are raised, grown or caught and try remake the dishes from the beginning. Talking about it already makes me super excited!”.

· Access and authenticity: VIP experiences associated with ‘private access’ (73 per cent) and ‘local culture and authenticity’ (71 per cent) both play an important role in attracting travellers to visit a new or different destination.

· Region of Japanophiles: Japan continues to top Asia Pacific travellers’ bucket list of travel destinations, with Australia not far behind. However, beyond Japan’s spectacular landscape, local experiences around culture and cuisine have strong influence in attracting them to visit.