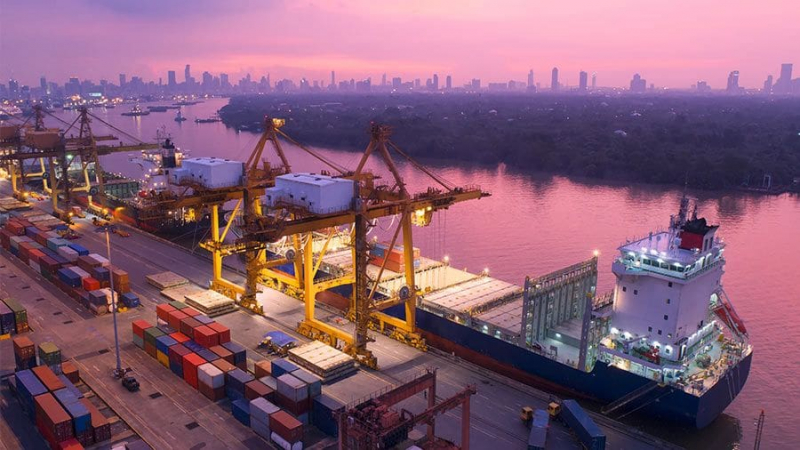 According to an analysis by the Commerce Ministry’s Trade Policy and Strategy Office (TPSO), the European Union-Vietnam Free Trade Agreement (EVFTA) will have a widespread impact on the Thai export sector.

On June 30, the European Union and Vietnam signed the EVFTA and the EU-Vietnam Investment Protection Agreement (EVIPA) in Hanoi.

The EVIPA, which was signed at the same time, aims to help Vietnam in the development of its law-enforcement frameworks in order to maintain transparency and attract more investments from European countries.

The EU is also expected to use the EVFTA as a prototype in its negotiations with Thailand, especially in terms of pushing forward top-priority agenda such as opening markets for pharmaceuticals, automobiles and alcoholic beverages, liberalisation of service and investment sectors, protection of intellectual property, penetration into public procurement markets, investment dispute settlement and compliance to obligations of international organisations.

TPSO’s analysis, however, revealed that once the EVFTA is enforced, Vietnam may gain an advantage over Thailand when it comes to competing in the EU market due to more competitive prices thanks to tax exemptions and GSP (Generalised System of Preferences), which Thailand lost in 2015.

The agreement, however, will pave the way for Vietnam to access the EU market, which has a population of over 508 million and a gross domestic product (GDP) of approximately US$18 trillion (Bt552 trillion).

During the signing ceremony, Vietnam’s Industry and Trade Minister Tran Tuan Ahn said his country’s exports to the EU will rise by 4 to 6 per cent reaching a value of $19 billion and $75 billion by 2028. The EVFTA is also expected to boost Vietnam’s exports in agricultural and fishery and aquatic animal categories.

However, according to TPSO these agreements may affect Thai-EU trade in the following sectors:

Thai entrepreneurs should be prepared for the possible migration of automotive component manufacturing bases to Vietnam, and to combat this, they should adapt their manufacturing and marketing plans in line with the emerging electric car industry.

Vietnam’s competitive edge in this industry is growing and it might convince manufacturers to move their base from Thailand. Hence, Thai entrepreneurs should upgrade the skills of their workforce and utilise modern technology and innovations to boost the products’ values and maintain their competitiveness.

Vietnam is already benefiting from lower labour cost and a much bigger workforce. In order to compete with Vietnam, Thai entrepreneurs will need to use new technology and innovation to improve and diversify their products, like using fibre that has special qualities, build stronger brands and expand the market via online channels.

Though Thailand still has an upper hand in the market thanks to its well-known high-quality jasmine rice, it still needs to improve the manufacturing of organic and coloured jasmine rice that has a high demand in European niche markets. Thailand also needs to promote the unique characteristics of Thai jasmine rice to distinguish it from competitors and maintain premium prices. Entrepreneurs should also apply new technology and innovations such as Blockchain to help boost confidence in food safety among consumers.

It is estimated that EVFTA will boost Vietnam’s exports in this sector considerably in 2019. In order to deal with this, Thai entrepreneurs should study the dining trends of European consumers and create new products that match the market’s needs. They should also focus on conserving marine resources and complying with fishery laws.

Germany is Thailand’s major exporter in Europe with possibilities of further expansion. However, Thai exporters should follow market trends and changes in consumer behaviour closely in order to design new products that satisfy their requirements. They should also make the most of Thailand’s reputation for excellent craftsmanship and quality.

Meanwhile, some Thai products exported to Vietnam may also face tough competition from EU products that will receive tax benefits from the EVFTA, such as automotive equipment and components, as well as alcoholic beverages.

Prior to the signing of the EVFTA, the World Bank ranked Vietnam as a lower-middle-income country based on per capita Gross National Income (GNI), due to which it receives GSP privileges from the EU, which also allows foreign investors in Vietnam to receive tax privileges. However, a TPSO study on Vietnam’s per capita GNI found that with the EVFTA, Vietnam will become an upper-middle-income country in the next seven to 11 years, which means there is a possibility that it will lose its GSP privileges from the EU.

Data on Thailand-EU trade from 2014 to 2017 also indicated an increase, though the value of trade began declining from 2015 after Thailand lost its GSP privileges. In 2017, the value of trade rose by 10.96 per cent from the previous year with total trade valued at $44.54 billion. Export value stood at $23.71 billion, recording an 8.04 per cent increase, while imports stood at $20.83 billion marking a 14.47 per cent increase. Thailand had a favourable balance of trade by $2.89 billion.

Thailand growth in the agricultural sector, meanwhile, was estimated at 1.8 per cent, industrial sector at 4.3 per cent and service sector at 3.2 per cent.

The Commerce Ministry’s Trade Policy and Strategy Office will continue monitoring the situation and analysing the impact these agreements will have on Thailand in economic, trading and export aspects so Thai entrepreneurs can prepare for upcoming challenges.