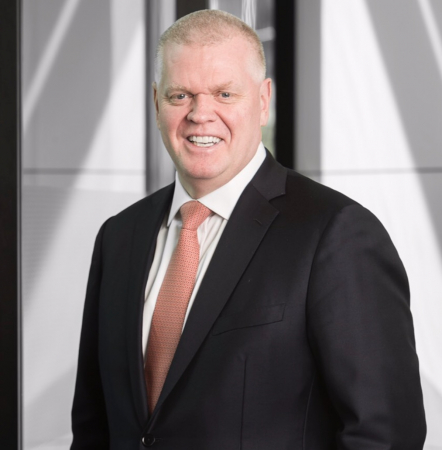 In a future being defined by artificial intelligence and automation, businesses are backing people to set them apart. They see a marriage of talented teams with innovative technology as the key to future success by producing better products at lower cost.

The global business environment is more challenging than it has been for years: economic growth is slowing, international trade is expanding at its slowest rate for three years, and companies are facing levels of geostrategic uncertainty not seen since the end of the Cold War.

Despite these headwinds, most of the 2,500 companies surveyed for HSBC’s Navigator: Made for the Future report across 14 major economies said they are more optimistic about their prospects than they were 12 months ago and that they are still investing.

What’s changed is their focus. Rather than chasing revenue growth in new markets, companies are now concentrating on the other side of the balance sheet and are prioritising the delivery of higher quality products and services at lower cost. And they believe that to make this strategy work they need to find, train and retain good people while also making innovative use of technology.

The importance of people is a recurring theme throughout the survey findings. Three-quarters of companies said they need to improve productivity; more than half said they intend to increase investment in skills and training; and one in every four companies that expects to grow ranked the quality and skills of their workforce as one of the top three factors influencing their expectations.

This return to the fundamentals of human resources is symptomatic of a more cost-conscious age, both in terms of the accounting bottom line and of the cost to our planet. A quarter of companies said that one of the reasons they think it’s important to focus on environmental sustainability is because strong green credentials make it easier to recruit and retain the best people.

Perhaps surprisingly, given the media coverage the issue has attracted, only one in six companies ranked skills shortages as a top-three threat to their business plans. This is important because getting the people part of the equation right will be vital to companies’ ability to realise their plans to use technology and innovation to survive and thrive.

Globally more than four out of five companies said they intend to increase investment, and of these active investors nearly all (97 per cent) plan to spend more on research, innovation and technology. Their motives divide almost evenly between those who see innovation as a defensive necessity - the only way to survive – and those who see it as an offensive strategy – the only way to grow.

Asian and European companies predominantly fall into the first group, while almost 60 per cent of North American companies see innovation as the way to thrive rather than just survive.

This ambivalent sense of technology as both an opportunity and a threat runs through the findings. New technologies are expensive and returns are uncertain. Some 40 per cent of companies cited costs as a barrier to innovation, significantly more than any other factor, and a quarter said they worry they might not see a return on investment. Improving productivity and adopting new technologies were recognised as the top two opportunities for business, but cybersecurity was also among the top three threats.

Companies say the biggest tech opportunities lie in the Internet of Things, Artificial Intelligence and 5G technology, all of which share two common traits: they take a skilled workforce to exploit, underlining the importance of the people element, and they bring companies closer to their customers, emphasising the focus on delivery.

The survey responses were also notable for what they did not show. Although companies in Asia were generally the most optimistic about their near-term growth prospects at 82 per cent positive, North America (78 per cent) and Europe (74 per cent) were not significantly far behind. The regions were similarly balanced when it came to identifying opportunities and threats, plans for increasing investment and targets for that investment spending.

The headlines sometimes tell of little but doom ahead, with jobs being eroded as machines displace workers. But the respondents to this global survey speak of confidence in a brighter future, anchored in a carefully thought-out strategy that focuses on improvements to production and delivery through investments in people as well as in technology.